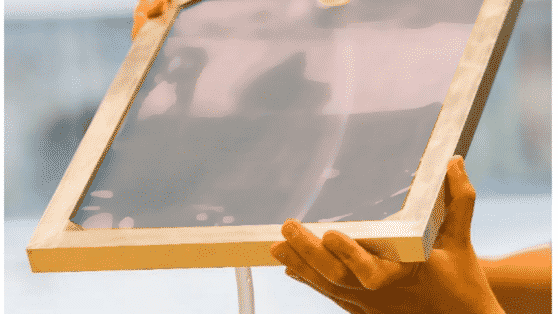 Scientists have developed a new type of filter capable of cleaning impurities such as bacteria and viruses from the water using only solar energy. The new product is low-cost, efficient and does not require any energy source other than renewable energy.

scientists from Federal Polytechnic School of Lausanne (EPFL) in Switzerland have produced a new type of filter capable of purifying water using only solar energy as a power source. The equipment is produced with carbon nanotubes and titanium dioxide nanowires. According to the World Health Organization (WHO), about 2 billion people consume water contaminated by faeces worldwide and, by 2040, a large part of the planet's population will suffer from the water stress that will be generated due to water insufficiency. drinking water available.

According to the study's lead author, physics professor Lászlo Forró, by bringing together chemists, biologists and physicists in a single project, it was possible to develop a very efficient water purification filter, which does not need any source other than water. solar energy and still manages to be accessible to low-income people.

During tests carried out in the laboratory, the scientists found that titanium dioxide nanowires alone were already able to act as an efficient water filter when exposed to sunlight. When carbon nanotubes were added, it was possible to obtain an extra decontamination layer, capable of killing pathogens such as viruses and bacteria.

According to the scientists, when ultraviolet light from solar energy hits the filter, it causes the device to produce a group of molecules that are called reactive oxygen species, including hydrogen peroxide, oxygen, and hydroxide, elements that are recognized as efficient annihilators of various types of pathogens harmful to health.

According to the lead author of the study, in addition to being successful in the ability to remove all pathogens from the water, the filter that uses solar energy also showed excellent results for the elimination of micro pollutants, such as pesticides, cosmetics and drug residues discarded in rivers. and seas that do not have any kind of treatment.

The new filter was able to remove different types of bacterial pathogens from the water, such as campylobacter jejuniresponsible for causing diarrhea, giardia lamblia, an intestinal infection-inducing microorganism, salmonella, E. coli, the virus responsible for hepatitis A and legionella pneumophila, which is responsible for most lung infections in humans.

The scientists' objective is that the new filter, which uses solar energy, can be used in the decontamination of supply sources without having to apply large investments during the process, having only solar energy as an energy supplier.

According to the professor, the prototype can make drinking water available even in remote places, for small poor populations in more remote regions, and can be easily expanded to meet the needs of villages and entire villages that suffer from a lack of water on a daily basis. day.

Last year, scientists from moonshot factory, from Alphabet, have developed a device that uses solar energy to extract water from the air, which could end the shortage of billions of people around the world through the renewable energy.

According to the developers, in a solar energy collection area of 1 m², it is possible to produce up to 5 L of drinking water per day. However, this level of performance is only possible under certain conditions with sufficient temperature and sunlight, and a relative humidity of at least 30%. That is, while it is very useful in tropical climates, it is unlikely to meet the demands of those living in arid environments.