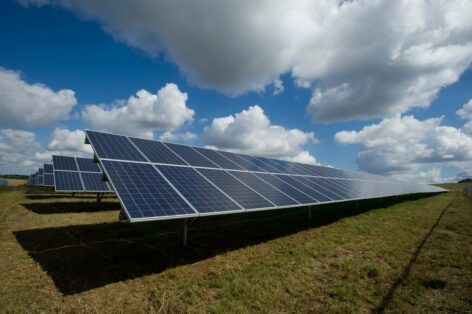 BNDES approved an initiative that could facilitate the replacement of diesel generators by solar plants in the Amazon, through financing from Solfácil

BNDES seems to redeem itself by approving the operation that will make it possible for the energy consumers of the amazon can switch from their diesel generators to solar plants. BNDES acquired 95% of the R$ 60 million in debentures issued by Amazônia Solar Companhia Securitizadora de Créditos Financeiros.

BNDES to close partnership to finance 1,600 mini solar plants in the Amazon

The issuance will make the partnership with the Solfácil ecosystem more viable. Solfácil specializes in financing the installation of microgeneration solar plants. The operation will make it possible to finance 1,600 projects, which will replace diesel generators within a period of up to 150 months for the installation of mini solar plants in companies and homes located in the Amazon region.

Therefore, there are great chances that Solfácil is primarily responsible for assessing the capacity of the contractor and the contractor, in addition to verifying the feasibility of the system for the consumer before approving the credit.

Each of the solar plants, at the end, must have an average value of around R$ 37 thousand and will be fully financed. In total, there will be about 12 MWp of installed capacity, which is equivalent to the energy consumption of approximately 7 thousand families in the Amazon.

This is the first time that the BNDES will act in this format. It will be a pilot operation to encourage the use of energy from solar power plants of distributed generation and not diesel generators in the North Region, where there are still problems with energy supply, and around 250 isolated systems that use diesel thermal generation to supply electricity.

Initiative will contribute to democratization of access to solar power generation

According to Solange Vieira, director of Credit Granting at the financial institution, the operation is innovative in the way it operates, when it allows end consumers in the Amazon to have access to BNDES resources without the need for traditional bank intermediation.

Solange says that the operation will contribute to the democratization of access to energy generation through solar plants for consumers in the region, allowing greater access to credit at the tip and generating banking deconcentration.

Another advantage for consumers is the reduction in expenses with electricity bills, which, compared to the use of diesel generators, can reach 90%. The compensation will be sufficient to pay the financing. Upon repayment of the loan, consumers will own their own solar plants, which can last for up to 25 years.

For the 80 residents of Vila Limeira, drinking cold water, using household appliances and accessing the internet only became possible less than a year ago, with the use of solar energy.

Even though it was founded in 1950, the riverside community enjoyed, until recently, only about three hours of electricity a day, but it was supplied through diesel generators, which consumed 300 liters of fuel, costing R$ 2 thousand per month.

In June of last year, the Vila Limeira 100% solar project connected 35 units, including homes, churches and schools, to a small solar generation plant, making the community the first in the south of Amazonas to have renewable energy every day.