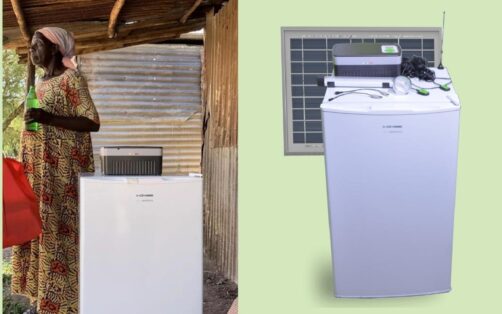 A young man from Santa Catarina creates a solar-powered refrigerator to meet the needs of low-income families in Africa who do not have access to the electricity grid.

A young resident of Joinville, Santa Catarina, created a refrigerator powered by solar energy, which is already being made available in a prepaid subscription model, making access to refrigerators viable for several African families. As difficult as it may seem, having a refrigerator to keep food fresh or having cold water is still a distant reality for many people in the world and an example of this are the populations that live in more isolated regions and without access to electricity, such as this is the case for some communities in Sub-Saharan Africa.

Understand how the idea of the solar-powered refrigerator came about

The Brazilian André Morriesen, a resident of Santa Catarina, got to know the African scene up close when he visited Kenya, a country in the east of the African continent. After the trip, Morriesen decided to create a project that could help these communities have access to better food and a better quality of life through the creation of refrigerators supplied through the solar energy.

Therefore, the appliance can work without the need for the electricity grid. The research for the project was called Youmma and started in 2016, with field interviews, market validation and prototype construction. THE Nidec Global Appliance, headquartered in Joinville, Santa Catarina, is the company responsible for advancing and manufacturing the solar-powered refrigerator.

The company has already started the pilot project with around 1,500 units of the Nilo 100 refrigerator. Each unit has a capacity of 100 liters and has been installed in Uganda and Kenya. The installation was done through a prepaid subscription model made available by the company M-KOPA.

Contribution of the solar-powered refrigerator to African families

The product developed by the Santa Catarina contributes to the reduction of food waste and helps with the safe storage of medicines, allowing stores to keep products fresh for longer.

In addition, low-income African families are able to save and improve some points of quality of life, such as reducing the time to go to the market.

According to Santa Catarina resident André Morriesen to the newspaper Joinville Municipality, the amount that will be saved by using the solar-powered refrigerator can change the lives of many people in the region, where the average income per day is approximately 2 US$ per capita or about 10 US$ per family. According to the Santa Catarina native, during the pilot project, several families that participated reported an average of 50% of savings in family income.

Find out how the device works

For the refrigerator to work, it is necessary to install a solar panel on the roof of the houses. Compressor operation is activated through a credit system paid via SMS, which is available for 24 hours.

Customers can negotiate payment methods and after a stipulated period of time, users become owners of the refrigerator, eliminating the need to make deposits for it to work.

The solar energy that is generated by the panel allows the refrigerator to run for up to 36 hours without sunlight. According to Morriesen, in addition to Kenya and Uganda, the project will also be installed in Nigeria, Senegal, Tanzania and Ivory Coast.