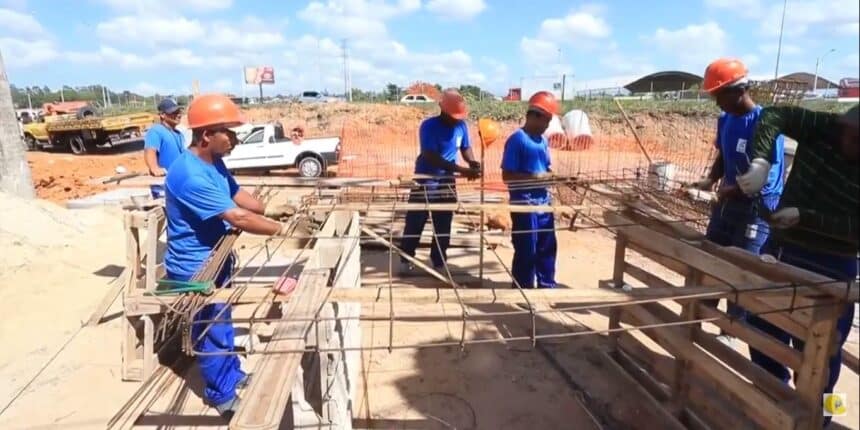 For those who return at this first moment to the Comperj works, the starting salaries will be lower than expected

At Comperj works definitely has its resumption enshrined in this month of June 2018, after many controversies involving the enterprise, with emphasis on hiring. And speaking of hiring, they have already started and there is a mobilization at the construction site with workers carrying out the basic works. In the video below, you will be able to watch the special article posted yesterday by the main communication vehicles of company employees  KEURI-METHODO and Enaval in full activity.

According to the report above, despite the resumption of work at Comperj, many who are returning with below-average wages and in less-qualified roles, such as assistants and assistants, for example. Anyone who wants to apply for these works, can be accessing more information in another article here, there are still vacancies for the month of June. In addition, there are complaints from the union fronts due to the number of non-residents of Itaboraí or people who are not part of the municipalities that make up the Conleste (Intermunicipal Consortium for the Development of the East Fluminense) “taking” the vacancies that would be the citizens there.

The testimonies of those interviewed in the video make clear the importance of the Comperj works for the renewal of hope and dignity of the people of the region. As Aldo Roqueira said in the video, Plumber Industrial, the works will end one day, but the petrochemical complex will need qualified people to carry out the maintenance. For this, it is necessary that people who wish to stay longer there, begin to improve themselves and seek training that meets the enterprise. post-works.