With a lag for 50 days, Petrobras readjusts diesel price this Monday, 05/09 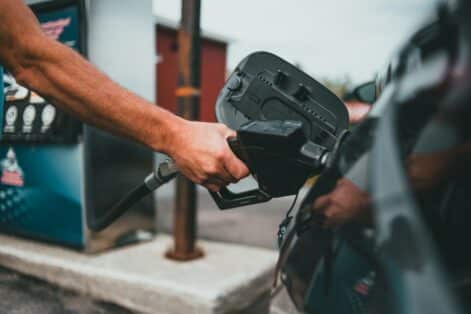 Previous Petrobras diesel price readjustment came into effect on 03/11, approximately one month before this recent change

Diesel, which is being sold at R$ 6.63 on average at gas stations in Brazil, is 50 days out of date, according to the Brazilian Association of Fuel Importers. This fact makes industry representatives, diesel importers, fuel distributors and shareholders to expect a new adjustment in the price of diesel at any time.

In a conference held last Friday (5), José Mauro Coelho, president of Petrobras, said that the sector of this fuel is impacted. In his statement, he states: “It is clear that Petrobras is not insensitive to the Brazilian population, especially in atypical moments like the one we are experiencing, where the conflict in Eastern Europe ends up damaging energy markets a lot, especially at this moment, the diesel market”.

He goes on to say that Petrobras is apprehensive about this lag in the price of diesel, as they continue to follow the price readjustments in the market, but do not pass on the readjustment immediately. “But, of course, at a certain point the readjustments must be made so that we can maintain the financial health of our company”, said Coelho.

Furthermore, even though the average diesel lag is at 21%, in ports of Suape (PE), Santos (SP), Itaqui (MA), and Araucária (PR), this lag index has already reached 25%, according to the association. In some regions, the price of diesel in Brazil is already R$ 1.51 lower.
The fuel is currently passed on to distributors for R$ 4.51 per liter and before reaching the stations, the diesel is mixed with one part of biodiesel for every nine parts of the oil.
However, at the pump the price of diesel ends up with a higher price even without an increase on the part of the oil company, the price is already rising at the stations, as a result of generalized inflation in Brazil. The average selling price of diesel, according to the weekly survey by the ANP (National Petroleum Agency), is R$ 6.63, but in Porto Seguro, Bahia, the ANP has already found diesel being passed on by R$ 8.387 a litre.

Despite the readjustment of 8.86% in the price of diesel, announced this Monday, 9th, by Petrobras, the lag in the price of diesel still reaches 11%, according to a calculation made by Abicom (Brazilian Association of Fuel Importers). In a statement, the entity states that if the exchange rate and the prices of gasoline and fuel on the international market stabilize at a high level, the lags in fuel prices will be far from par, which will make import operations unfeasible.
Before the diesel price readjustment, the average lag for fuel was 17% and for gasoline 19%. Despite the increase in the exchange rate and in the prices of gasoline and diesel in the foreign market, the average prices of gasoline and diesel operate with negative differentials in all the ports surveyed.

Tags: fuelsDieselfuel price
previous post Solar energy: several aluminum features boost this promising segment
next post Zona Franca de Manaus is one of the places that generates the most jobs in Brazil and guarantees the preservation of the Amazon, bringing billions in profits to the economy of the developing country.