With an investment of R$ 1.2 billion, AMG Mineração will develop a project to explore lithium in Minas Gerais 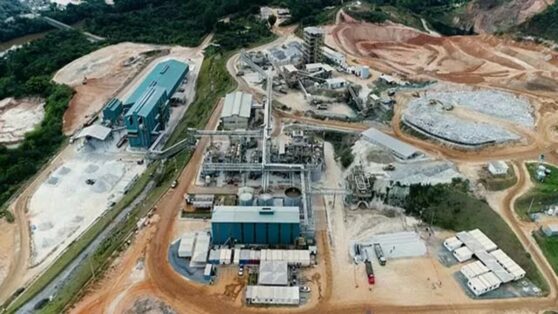 AMG Mineração project with an investment of R$ 1.2 billion will expand existing mining plants in the state and will have a new structure for lithium exploration, aiming to significantly expand ore production in Minas Gerais

AMG Mineração will build a new mining plant in the state of Minas Gerais, more precisely between the municipalities of Nazareno and São Tiago, in the central region of the state, according to an announcement made last Thursday (12/05). In addition company intends not only to bring the new structure to the exploration of lithium in the state, but also to expand its operations that are already active in the state, as a way of providing strong growth in the national market.

Brazilian mining company AMG Mineração has announced a new expansion plan that will see a total investment of R$ 1.2 billion in Brazil. Thus, there will be the expansion of the Volta Grande mine, between the municipalities of Nazareno and São Tiago, in the central region of Minas Gerais, and the construction of a new lithium exploration plant at the site. Thus, the company will expand its presence in the Brazilian mining market strongly.

AMG Mineração's new lithium exploration plant in Minas Gerais will be responsible for transforming the concentrate into lithium carbonate, providing greater added value to the mineral extracted in mining lands. In this way, the company will be able to guarantee even more quality in the commercialization of this resource within the mining market in Brazil. In addition, AMG Mineração also announced that initial operations at the new exploration plant are expected to start during the year 2026.

In addition, the company also stated that the investment of R$ 1.2 billion underwent several changes over the last year, due to inflationary problems in the mining market. Thus, the protocol of intentions regarding the project that had been signed with the government of Minas at the end of 2019, announcing R$ 838.9 million in investments, had to be changed to the current scenario. And, with the growth in infrastructure and operation of AMG Mineração in recent years, the investment of R$ 1.2 billion will be equivalent to what the company intends to expand in the coming years.

The forecast for completion of a new lithium exploration plant is for the year 2026, where it is expected to significantly expand the production of the resource in MG

The AMG Mineração project in the state of Minas Gerais is getting stronger and stronger, and the expectation is that the new lithium exploration plant can bring new paths to the company's productivity. Thus, the company's initial objective is to make production jump from the current 90 thousand tons/year to 130 thousand tons/year, with implementation still between the months of June and July of this year, in search of the necessary bids for the continuity of the project.

The CEO of AMG Mineração Brasil, Fabiano José de Oliveira Costa, also commented on the terms and the expected delivery of the exploration plant for 2026 and stated: “In the second half of 2023, we should be operating at nominal capacity in order to reinforce our position as the largest producer of lithium from primary rock in South America”.

Finally, the company highlighted that the lithium exploration plant will be essential for profitability in the mining sector. This is because the ore beneficiation process is essential for increasing the purchase value, since, while the price of the concentrate varies from US$ 3 thousand to US$ 4 thousand per ton, the chemical product is sold at US$ 70 thousand the ton.