While Petrobras awaits full payment from TotalEnergies, Shell has already awarded more than R$ 5 billion per partnership in Atapu, in the Santos Basin 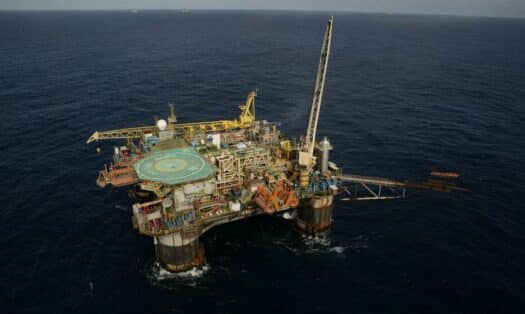 Petrobras received R$ 5.26 billion from Shell for a block share in the Santos Basin, a partnership between the two companies and TotalEnergies

Petrobras, which recently announced the election meeting for the chairman of its Board, informed on Wednesday, April 13th, that it received in cash amounts a total of R$ 5.26 billion from the British multinational oil company Shell, referring to the company's share of 25% in the Atapu block, located in the pre-salt in the Santos Basin. The oil company also did business with TotalEnergies.

According to the article written by Flávya Pereira for the Valor column, in December of last year, state-owned Petrobras, in partnership with Shell – company that has invested millions in oil exploration blocks – and with the French company TotalEnergies, acquired the Atapu area in the Santos Basin through a transfer of rights auction, which was carried out by the National Petroleum Agency (also called by the acronym ANP), during the production sharing regime.

Shell has a stake in the block of exactly 25%, while TotalEnergies has a smaller share of 22.5%. In turn, Petrobras acquired 52.5% of the total block in the Santos Basin. Also, Petrobras highlights that it expects full payment for the TotalEnergies portion.

According to information from Petrobras, who does big business, the signing of the sharing agreement and the resolution of co-participation in the Santos Basin are scheduled to take place until the 29th of this month of April.

Do you know Shell? Check out a little about the company below.

Founded in 1907 by Hugo Loudon, Shell is a multinational oil company based in London, UK. With an estimated revenue of US$261.5 billion, its main activities are oil refining and natural gas extraction. Since January 2014, its CEO is Ben van Beurden.

Shell Brasil was the first private company to produce oil on a commercial scale in the country, in the Campos Basin, after the opening of the market. In Deep Waters, Shell has 31 contracts with the Brazilian government, being operators in 21 of these projects. Shell Brasil is present in the Campos, Santos, Barreirinhas and Potiguar Basins, with a stake in 21 exploratory blocks in the country.

TotalEnergies SE is a petrochemical and energy business group with worldwide headquarters in Paris, France. Currently, the company is operating in more than 130 countries, including Brazil, and employing around one million people. Founded by Ernest Mercier in 1924, it now has revenues of $205.8 billion.

Petrobras holds a vote among shareholders for the company's new Board; now, Union has less space and relevance

On Wednesday, the 13th, the Petrobras shareholders' meeting voted on issues that may contribute to the political shielding of the company, in addition to the change of president and the renewal of the Board of Directors. In the public notice, there are changes in the Bylaws that reinforce Petrobras' governance, which makes it difficult for the controller to interfere in the state company.
Among the issues raised in the vote for the new Petrobras Statute was the shielding of the Governance and Compliance director, who will only be admitted or fired through a qualified quorum, that is, at least two thirds of approval by the Board will be required. The operation of committees will also be more accentuated, with the performance of the Personnel and Minority Committees when there are proposals for changes in the bylaws on criteria for the appointment of members of the executive board and the Administrative Council. Interested? To find out more, it's simple: just click here to read the full article on the presidency of the state-owned company that partnered with TotalEnergies and Shell.

Tags: Santos BasinPetrobrasshellTotalEnergies
previous post Petrobras holds a vote among shareholders for the company's new Board; now, Union has less space and relevance
next post Candidates without experience are summoned in Rio de Janeiro, Itajaí and Recife for vacancies in the logistics company that invests the most in cabotage in Brazil