Start • WEG launches the first electric and unmanned excavator in Brazil and consolidates itself even more as a global reference in the manufacture of turbines and electric motors; equipment promises to connect the future of sustainable mobility to the countryside

WEG launches the first electric and unmanned excavator in Brazil and consolidates itself even more as a global reference in the manufacture of turbines and electric motors; equipment promises to connect the future of sustainable mobility to the countryside

The first electric 100% hydraulic excavator in Brazil, equipped by the giant WEG, weighs 37 tons and can be operated via remote control

Weighing 37 tons, the new hydraulic excavator developed by Grupo AIZ, a manufacturer of machinery, road and agricultural implements, has a WEG Powertrain electrical system consisting of a frequency inverter plus an electric motor, which delivers up to 185kW of power. The news was given on the 26th of April., by the multinational WEG, one of the leaders in the manufacture of turbines and electric motors.

In addition to the Powertrain, WEG also supplied the Lithium battery pack (LFP type), which will have an exchange system that allows the replacement of batteries for quick recharging, not requiring long stops during operation.

"Grupo Aiz is working tirelessly in the search for the decarbonization of the yellow line in Brazil. Our mission is not to offer just one product, but to participate in the development of a more sustainable future for agribusiness.”, emphasizes Alberto Ivan Zakidalski, CEO of Grupo AIZ.

One of the largest manufacturers of turbines and electric motors in the world, enters the battery market in Brazil

Traditional supplier of electric traction systems for buses, trucks, trolleybuses, trains, ships and vessels and charging infrastructure for electric vehicles, WEG recently announced the start of production of battery packs in Brazil and this supply to the AIZ Group is one of the first made by the company.

"For WEG, productivity, efficiency and sustainability go hand in hand. That is why we are expanding our scope for sustainable mobility in Brazil and strengthening the production chain both in cities and in the countryside. It is always possible to improve processes and generate new opportunities”, explains Manfred Peter Johann, Superintendent Director of WEG Automação.

The new 100% electric excavator will be launched this week in agrishow, the main fair of the agricultural segment, which takes place in Ribeirão Preto/SP between the 25th and 29th of April.

With more than 1,400 employees, the AIZ Group develops equipment ranging from manipulators, cranes, amphibious machines, road and agricultural implements, parts, machine customization, in addition to leasing for various segments. The company also stands out for being a pioneer in unmanned remote operation, a novelty in the Brazilian market. 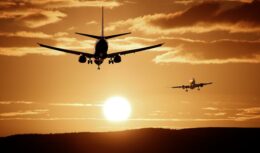 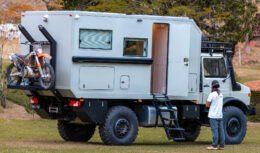 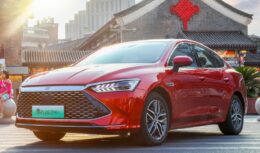 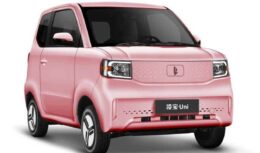