Volkswagen has activities interrupted for 20 days, due to the shortage of semiconductors in the ABC region of São Paulo

per Roberta Souza
-
–
in Automotive, Industry and Civil Construction 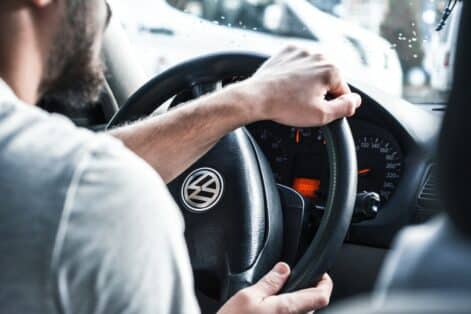 For the São Paulo ABC metallurgical workers union, lack of semiconductors will cause 2,500 Volkswagen workers to go on vacation

The automaker Volkswagen must stop production for about 20 days at the factory in the city of São Bernardo do Campo, located in the ABC region of São Paulo, starting next Monday, 9th.
What motivated the stoppage of the Volkswagen company, according to CNN Brasil, was the global shortage of semiconductors, which has also affected the information technology sector. Volkswagen's stop had already been announced, due to the shortage of semiconductors, and this Monday, 02, the automaker suspended the second round of the industry that assembles the T-Cross sports model in Paraná.

whereas in Paraná, some employees had their work contracts suspended (called layoff and can last up to five months) in ABC paulista, workers from both shifts will have collective vacation for the next three weeks.
According to the São Paulo ABC metalworkers' union, around 2,500 Volkswagen workers will be on vacation at the unit, where the Polo, Virtus, Nivus and Saveiro car models are produced.

Crisis in the semiconductor sector

With the pandemic, the semiconductor sector has been placed in an extensive supply crisis. In this context, we have seen the sector advance greatly on the one hand and decline on the other. This is because, while there was an interruption in the semiconductor production chains, due to the lockdowns imposed in the years 2020-2021, the quarantine made the digital side rise, as this fact greatly increased the demand for technological means.
It is in this bias that, if in the year 2022 there is no type of quarantine or lockdown, the forecast for the normalization of the semiconductor market is only in the middle of that year of 2022, although there are experts who predict this normalization only in the year 2023. To help the sector, Intel has already invested more than 500 million reais.

Currently, the Volkswagen factory in the city of Anchieta produces around 800 Volkswagen vehicles a day. In March 2022, Volkswagen had already suspended activities at the factory located in the ABC region of São Paulo due to the shortage of semiconductors.
According to José Roberto Nogueira da Silva, the general coordinator of union representation at Volkswagen do ABC Paulista, Volkswagen has an agreement signed between the union and the management of the Volkswagen factory that guarantees perspective in crisis situations.

According to José Roberto, they are using all the flexible tools discussed in the agreement signed between the union and Volkswagen. This agreement covers favorable and unfavorable moments to go through crises, as it gives predictability to both the Volkswagen factory and the workers, and also guarantees certain stability to face crises like this one.
He also reinforces that the situation of the shortage of semiconductors is similar to what is happening with other factories in the sector and guarantees that there is demand for production, but with the shortage of semiconductors, service is unfeasible. He concludes by saying that everyone is looking forward to the resumption of semiconductor production as soon as possible.

THE Mercedes-Benz factory, in March and April, also put workers from the ABC Paulista plant, in São Bernardo do Campo, on collective vacations due to the shortage of semiconductors. Employees who received the emergency vacation were absent from the factory between March 14 and 25 and from April 18 to May 3. The union reported that, in March, 1,200 workers were affected by the measure and, in April, 5,000.

Tags: semiconductorsSP - Sao PauloVolkswagen
previous post GeekHunter points out that tech jobs increased by 136% in 2021
next post Bureau Veritas joins 3R Petroleum to ensure the safety of oil and gas operations in the country