Volkswagen and BP partner to install 8,000 charging points for electric cars by 2024 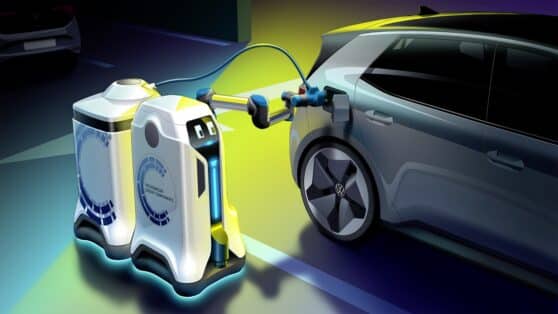 Volkswagen has entered into a new partnership with BP to encourage the use of electric cars through investments in charging points in European countries.

Volkswagen has just taken another step in the development of infrastructure for electric mobility and announced this Friday (29), a new strategic partnership with British Petroleum (BP), one of the world's largest Oil and Gas, which plans to transition its operations to renewable energy and electricity. With this, the German automaker is also fulfilling the promise made on Power Day. The opening of the first electric car charging station in Düsseldorf, Germany marks the beginning of this strategic partnership.

Chargers will have a power of up to 150 kW

The partnership between Volkswagen and BP aims to develop access to electric car charging facilities in the most essential European markets and this should be achieved by 2024, establishing a charging network across Europe. Volkswagen's new Flexpole charging stations feature an integrated battery storage and two charging points.

This type of installation allows one of the biggest obstacles to the rapid expansion of the fast charging infrastructure to be overcome, which is the need for high-performance electrical grid connections.

In this way, Volkswagen electric car chargers can be connected directly to a low voltage network, overcoming the need to use a dedicated transformer or works that are more expensive. This change significantly reduces installation time and at the same time also allows for a charging speed of over 150 kW. It is worth mentioning that chargers for electric vehicles with a power greater than 50 kW are considered fast charging points.

4,000 charging points will be installed by next year by Volkswagen and BP

Taking into account other initiatives, in addition to this one with the German automaker, BP is rapidly expanding its charging network to eletric cars on the European continent, mainly in the national network of strategically located charging stations.

The locations of the new charging stations will be integrated with navigation as well as other internal apps for the German automaker's SKODA and Seat/Cupra models, as well as Volkswagen's “Elli” charging app.

According to Thomas Schmall, CEO of Volkswagen Group Components and member of the Board of Management of the Volkswagen Group, the expansion of Europe's charging infrastructure is being advanced at an accelerated pace, just as was promised at the Power Day. Alongside BP, thousands of fast charging stations will be put into operation in a short time.

Rapidly expanding the charging network is now essential and Schmall says the company's innovative and flexible fast charging stations provide a perfect solution for this. Because the time and cost required for installation are very small.

As part of the deal struck this week, Volkswagen and BP are also exploring other opportunities to provide future solutions for low-carbon mobility.

At the Brazil, where the German automaker plans to launch its first electric cars in the near future, a partnership with shell for the development of a charging network using the existing stations on the network, but which still does not have many details revealed.