per Roberta Souza
-
–
in railroads, Logistics and Transport 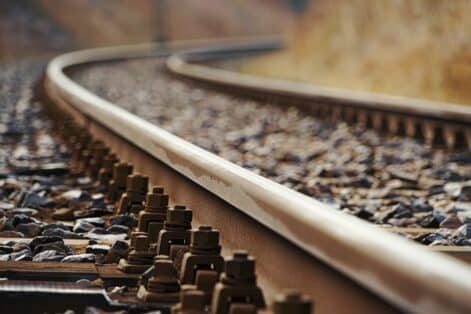 Viena Siderúrgica, one of the largest producers of pig iron in Brazil, joins VLI to facilitate the transport of material for export

VLI – a company dedicated to logistical solutions for integrating railroads, ports and terminals – signed a new contract with Viena Siderúrgica, in order to promote the movement of 720 thousand tons of pig iron destined for the foreign market between 2022 and 2023.

The route starts at a warehouse located in Açailândia (MA) and is made entirely through the Carajás Railroad (EFC) rail network. The pig iron will then be sent to the São Luís Port Terminal (TPSL), for yesterday the export shipment process will be carried out.

As stated by VLI's commercial manager, André do Carmo, VLI and Viena Siderúrgica have a lasting cooperation, and the extension of this agreement demonstrates the effectiveness made possible by the integration between modes to link national production and the international market.

Viena Siderúrgica is one of the most important producers of pig iron in Brazil, with a production capacity of around 600 thousand tons per year in its operations. In addition, Viena Siderúrgica stands out in the metallurgy and mining sector, being among the top 10 in the national ranking.

The pig iron produced in Maranhão and Minas Gerais has great relevance in the foreign market, being exported mostly to the United States, Asia and Europe. An immediate product of the reduction of iron ore, pig iron is widely used for the manufacture of steel, and the national volume of exports of such material has grown considerably. In the year 2021 alone, the Brazil exported around three million tons of pig iron, with China and North America being the main destinations.

The rail modal, in addition to being indicated by specialists as the most favorable to the transport of large volumes, it is also a cheap and safe way compared to other modes. As an example, a grain car can be cited, which has the capacity to transport, on average, more than 70 tons. A bi-train truck, on the other hand, only holds the approximate amount of 36 tons, despite having the advantage of great flexibility, since it can reach places that a train would not reach. Therefore, in the Brazilian context, the practice of interconnecting road and rail modals allows greater speed in the flow of cargo.

Aiming at expanding the rail modal, the company recently signed an agreement for the construction of new railroads. Check out:

Construction of new railroads: Rumo and VLI, logistics companies, signed a contract to build a stretch between Uberlândia and Chaveslândia

The logistics companies Rumo and VLI obtained federal authorization for the development of the railway construction project between the city of Uberlândia and Chaveslândia, district of Santa Vitória. The announcement of the release by the Federal Government for companies to explore the site was released in September last year by G1. The expectation is that R$ 2.77 billion will be invested in the 276.5 km of the stretch.

Private logistics companies can invest in the construction or requalification of railways thanks to the mold defined by the new Legal Framework for Railways, which establishes greater freedom for undertakings and less state impositions.

According to the Ministry of Infrastructure, the two logistics companies can develop the sector and, for that, they need to obtain the necessary licenses from the responsible bodies and carry out the development of engineering projects. In addition, they must obtain financing to carry out the implementation of the business and consider the risks of the enterprise, among other agreements that companies need to assume. To know more, click here to read this article in full.

Tags:
previous post Multinacional Nov, which works with solutions for the oil and gas sector, is recruiting professionals to fill the vacancies offered in MG and Rio de Janeiro
next post With four new selection processes in Brazil, Ibama will generate more than 1000 job vacancies for professionals at literate, medium and higher levels