Video: The president of Petrobras was in Macaé and announces an investment of 75 billion reais in the offshore sector 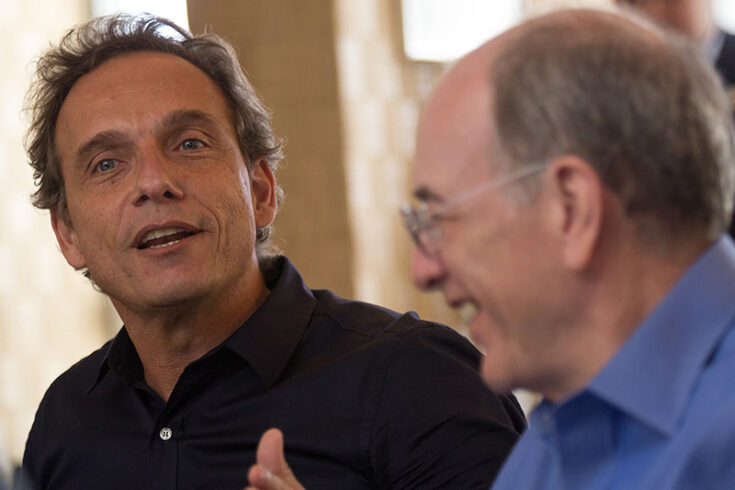 [supsystic-social-sharing id='1′]The mayor of Macaé, Dr. Aluizio, received a visit from the president of Petrobras, Pedro Parente, this Tuesday (12), in the office of the municipal palace. The meeting seals the partnership between the municipality and the state-owned company in these 40 years of the Campos Basin. The Executive Director of Exploration and Production, Solange Guedes; the Production Operations and Maintenance Manager at the Campos Basin Production and Exploration Operations Unit (UO-BC/OPM), Marcelo Batalha; the deputy mayor, Vandré Guimarães; secretaries and businessmen from Macaé attended the meeting.

Parente's visit to the region was marked by the celebrations of the 40th anniversary of Petrobras in the Campos Basin. According to the company's president, it was a complete visit, initiated by the P-56 platform, this Monday (11), passing through the Imbetiba base, where he met with the workforce and, ending with a meeting at the Dr's office Aluizio.

For the mayor it was an extremely generous meeting, an unusual agenda, which marks new events and new investments. Present at the meeting, businessmen and people who lived with oil in the last 40 years and who told a little about the importance and perspective within the municipality.

For Pedro Parente, this visit marks the 40th anniversary of the Campos Basin. “We just came to bring our thanks to the city hall and to the representative of the public power for the way the city has received us in the last 40 years and that another 40 years will also be positive in the generation of wealth. In the coming days, we will present the review of the Business Plan, which will contain relevant investments in the region from a qualitative point of view. The vision is very positive – explained the president of Petrobras.

According to Parente, Petrobras is working on the financial recovery of the state-owned company. “The company still has a very large debt. We are working to resolve this issue. Despite this debt, it is still the company that invests the most in our country. We will continue to invest around U$ 15 billion per year. So for the next five years, probably a total of U$ 75 billion will be invested,” he said.

The announcement of investments by Petrobras in the renovation of 39 oil platforms in the Campos Basin, aiming to increase production, may receive investments of R$ 3 billion and generate at least three thousand direct jobs, according to projections by Abespetro, an association that brings together companies providing services to the oil industry.

On the reduction of the royalty rate from 10% to 5%: “It is very important to understand the logic of the proposal. The logic of the proposal is simple. If royalties are maintained at this initial level, it will be the moment when, with this amount, we are forced to interrupt the operation because it does not provide a return. But if the royalties are reduced, we can continue with this exploration and even use part of this reduction to invest in improving the fields. Therefore, it is not about reducing royalty payments. In fact, we are talking about increasing the payment of royalties. Because? Because by making this reduction in certain fields, it means prolonging the useful life of that field”, explained Pedro Parente. Source City Hall of Macaé and InterTV

Tags:
previous post Immerse yourself in the revelation: platforms, signings and the outlook for 2018
next post 60 logistics assistants – Apply