Video: Ecovix director wants to hire 1000 workers at his shipyard 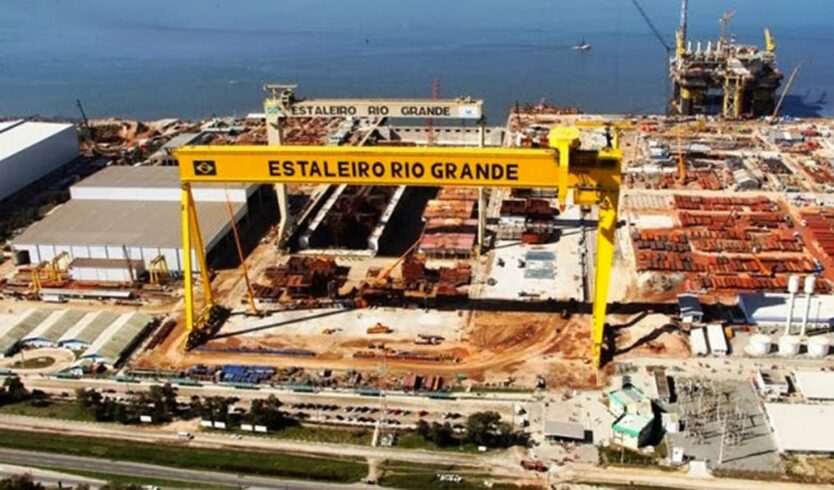 Expectations for the judicial recovery of the Ecovix shipyard in Rio Grande are on the rise. The director of Ecovix records video for professionals in the naval industry

Responsible for the Rio Grande Shipyard, the Ecovix group intends to resume activities in the Rio Grande do Sul municipality, which had been interrupted since the end of 2016. The company, which won a Petrobras bid in 2010 and delivered five oil exploration platforms, has been in judicial recovery since December of that year , aiming to restructure its debt of R$ 7.5 billion and preserve assets currently estimated at R$ 3.4 billion.

Ecovix has prepared a judicial recovery plan that hopes to be approved soon to put into practice the new proposals for the shipyard in the southern half of the state. The company is now awaiting a court decision on the creditors' meeting to put the plans into motion. Among the ideas raised by the company is acting in the port activity (with the mooring of vessels and cargo handling), repairs to oil platforms and ships, steel processing for the metalworking industry and completion of the P-71 platform.

This last structure began to be built by Estaleiro Rio Grande, but Petrobras decided to move the order to Asia. Ecovix's goal is to take advantage of what has already been done and build an oil platform that would not necessarily have to be destined for the state-owned company, being possible to negotiate it with another company in the market.

Video by the Director of Ecovix

Ecovix's executive director, Christiano Morales, said, during a visit to the Jornal do Comércio this Tuesday (17), that the perspective is to build this platform in partnership with the Japanese group Toyo, which maintains the EBR shipyard, in São José do Norte. The resumption of operations in Rio Grande would represent the creation of 600 jobs in a first stage, and should reach around 1 thousand jobs in a second stage.

Tags:
previous post Macaé has a positive balance in offshore contracts in 2018
next post Pirelli is hiring Production Operators