per Daiane Souza
-
–
in Automotive 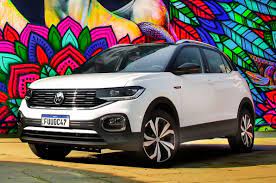 Vehicle automation is part of the Brazilian reality and is included in research topics at federal agencies – Source: Canvas

Federal Brazilian universities are receiving private initiatives so that there is greater development in vehicle automation research in engineering areas. One of the highlights in development in the area has been Unicamp, which is located in the city of Campinas, in São Paulo, and is beating USP aside in scientific development and research sources.

Vehicle automation, for the manufacture of autonomous cars, is already part of the technology of many countries, including brands such as Tesla which has its headquarters in the United States. In short, it allows you to create cars that are smarter and more capable of driving. without any kind of human effort.

Guilherme Stella, founder of TrackFY, a company focused on automotive engineering, says that without digital mapping technologies it would not be possible to create new developments like those being promoted in our country.

Channel shows more about how vehicle automation works in practice, watch the video

The Youtube channel that belongs to Will Vargas There's a video (above) that addresses more about how vehicle automation works in practice. Nowadays, with the technologies we already have, it is possible to optimize cars even if they didn't come that way from the factory. Therefore, anyone can get a version before 2015, which is when automation became a trend, so that it becomes even more technological.

Nowadays, there are already cars that have security on their outside that watch the traffic so that the car can drive itself and take actions without needing human help if a car is approaching. Therefore, accidents can be prevented.

Brazil already has very relevant projects in the city of Campinas that are studying the development of vehicle automation. Altogether, the market value is estimated to be at least R$ 270 million, and growth is expected to be even more expressive.

Nowadays, private initiatives are crucial for financing 3D equipment that help UNICAMP students to be able to develop ideas that are new to the sector. In other words, the engineering areas are able to work towards the development of more technology.

Stella argues that, during the last three years, this type of project has had a significant increase in our country, even more so when talking about the research development sectors. However, it is still necessary to create structures to put ideas into practice and make them get off the ground.

During the past year, FUCAMP, the Development Foundation of UNICAMP – University of Campinas, would have started one of its projects for the development of a Lidar. A Lidar is nothing more than a sensor that can identify nearby objects and ensure that actions are taken according to your security schedule.

Fucamp already has an extensive history of automating projects, as well as integrating its students into them through balls that are provided by the federal government, which vary, both in terms of income and participation.

UNIFEI, Federal University of Itajubá, would also have started to develop vehicle automation projects during that year 2022, making use of Lidar sensors that are created through 3D methods. The financial support of private institutions for the development of projects has been crucial for taking this step.

Tags:
previous post How to reduce costs in the company with outsourcing services
next post Multinational steel producer Gerdau is offering several job and internship vacancies