per Valdemar Medeiros
-
–
in Electric Vehicles 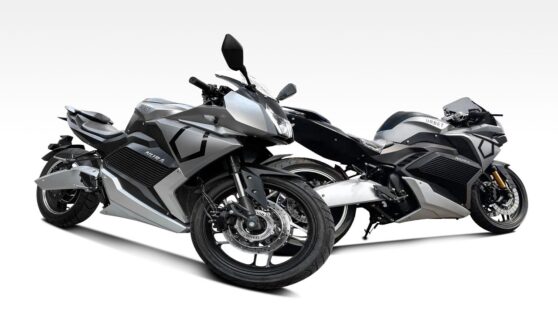 The Spanish Urbet Electric Motorcycle announced its newest electric motorcycle, which promises to be a revolution for the market. The vehicle, called the Urbet Lora, has a range of 300 km and a maximum speed of 150 km/h.

The company Urbet Electric Motorcycle revealed, on April 18, data from its Urbet Lora electric motorcycle, which is gaining prominence as the future of electric motorcycles, with state-of-the-art technologies. The vehicle has a range of 300 km and a top speed of 150 km/h, being homologated as a 125cc. The official presentation of Electric motorcycle is scheduled by the Spanish company from Marbella for the beginning of May. The automaker specializing in electric two-wheel vehicles, Urbet, has gained prominence in a few years for providing cost-effective scooters and motorcycles based on models produced in China, which are also found in other manufacturers such as the original Ego and the sports Nura.

It is worth mentioning that the electric motorcycle will have two versions. The first, mentioned above, will have a range of 300 km with a full battery charge, which is the largest on the market today, and, according to the company, will be the biggest selling point for Urbet Lora S.

The second access version of the electric motorcycle did not have its data released on its autonomy or battery capacity, but the company claims that its price will be lower and the autonomy will also be reduced.

The electric motor will have a rated power of 11 kW, which is equivalent to 15 horsepower, the maximum allowed in its category, however it will be able to deliver a peak power of up to 25 horsepower. As stated earlier, the higher performance version of the Ubert Lora will be able to reach a top speed of 150 km/h. To achieve this, it was designed in-house by Urbet Electric Motorcycle with a naked style and a neo-retro style design.

Electric motorcycle from Urbet Electric Motorcycle will hit the market with various technologies, even connection to a mobile application

The vehicle's name is inspired by the Seville municipality of Lora del Rio, where the idea of launching the model came about, according to Santiago Díaz-Pache, founder of the Spanish brand.

The place in which the vehicle was inspired is very peaceful, in the Guadalquivir Valley, surrounded by mountains and fields. The model will be the automaker's first to have connectivity with a mobile application that aims to offer a variety of information about the bike and its riding style. In addition, you will have the ability to more accurately calculate the remaining battery life, due to artificial intelligence software.

According to Santiago, there was still a lack of a motorcycle in his catalog that would allow him to travel not only in the city, but also among the mountains, or else to be able to take long journeys surrounded by nature without invading it, finding the mobility of people and respect for the environment. environment, with no emission of pollutants and more autonomy than ever before. As mentioned above, the brand will represent Urbet Lora on the 13th of next month, at the MOMA 22 Motorcycle Show, which will take place in Malaga, Spain, between the 13th and 15th. In addition to the final design of the electric motorcycle, the company will also reveal all the technical data of the model.

Urbet is a brand owned by the company Smart Electric, and was created from the need to install and develop mobility systems in the field of smart cities in Spain that contribute to the quality of life in the urban environment. For this, the company makes available to its customers from electric vehicles even products focused on leisure for the young public.

For the company, quality is the focus, and that is why all products sold were tested and developed by professionals in the area to achieve greater efficiency, offering safety, fun and durability to its customers.

Tags: autonomyElectric motorcycleelectric motorcycleselectric vehicles
previous post Last increase announced by Petrobras in the transfer to refineries in the price of diesel reflects in more than 14% of increase to the consumer's pocket and fuel exceeds R$ 7 in April
next post EDP Brasil, a reference in electricity distribution, offers new job openings for candidates from São Paulo