Understand what influences the price of oil today

per Daiane Souza
-
–
in Oil, Oil and Gas 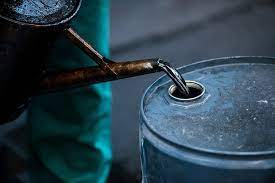 Understand what influences the price of oil today – Source: Pixabay

Currently, several aspects can infer about the price of oil and the scenario is becoming increasingly complex. In short, some aspects that determine the variations in commodity prices, including the item in question, are on the fact of geopolitical issues and even stocks in developing countries.

Nowadays, it is known that until the year 1970, the  Organization of Petroleum Exporting Countries (OPEC)  would be exerting a strong influence on the price of the commodity. But, later, this stopped happening and several other aspects were determining what increased and what caused the fall of the hairs that were traded by Petrobras, and on a world scale in relation to barrels.

Nowadays it can be said that climatic and logistical factors are causing strong impacts when it comes to prices. And, of course, this has directly affected the consumer's pocket.

Since the year 2000, China has been inventive in the production of a new area and investments in petroleum engineering, which made the item even more valued and hyperinflated in the consumer's pocket.

The Brazilian, until then, was not so affected due to the fact that Petrobras was not allowed to change prices as was being predicted by the foreign market. However, it was after the year 2016, with the entry of Temer to the administration of the country, that there was the approval of projects that changed the reality. After the approval of a bill, Brazilians began to infer even more with the impacts that were caused in the foreign market.

But Brazilian laws are not the only ones that influence this. A clear example of American investment in oil was the American shale, which led the sector to become even more slender and sharp.

The conflicts that were taking place between the Russia and Ukraine caused prices to reach more than US$ 140. The political war has been going on since the end of February and, for example, there is still no prediction of when it will end. However, it is known that it is expected to end only when the Ukrainian president accepts the demands being imposed by Putin.

The IBP has already made a request so that the prices that are charged in Brazil are not fired with the foreign market in an attempt to profit by Petrobras. In this way, it will be more possible with each passing day that there is the creation of jobs in the most varied sectors when it comes to civil engineering.

In Santa Catarina, it is being estimated that the value of oil is already more than R$ 7 and that the liter of Premium may reach double digits by the end of 2022. The price burst has been happening since 2021 , when there was an adjustment of at least 55% on the price of gasoline.

Truck drivers have threatened the government to strike a few times, but to no avail. According to the sector, it is necessary that all citizens go to the street instead of just those who work with fuel. Last year alone, officially three strikes took place.

Tags:
previous post McDonald's offers 280 effective job openings, with no need for experience, for people with disabilities (PCD) and Young Apprentices in Minas Gerais
next post Tenenge will expand the Eteno Verde plant; investment is 63 million and will generate 600 jobs