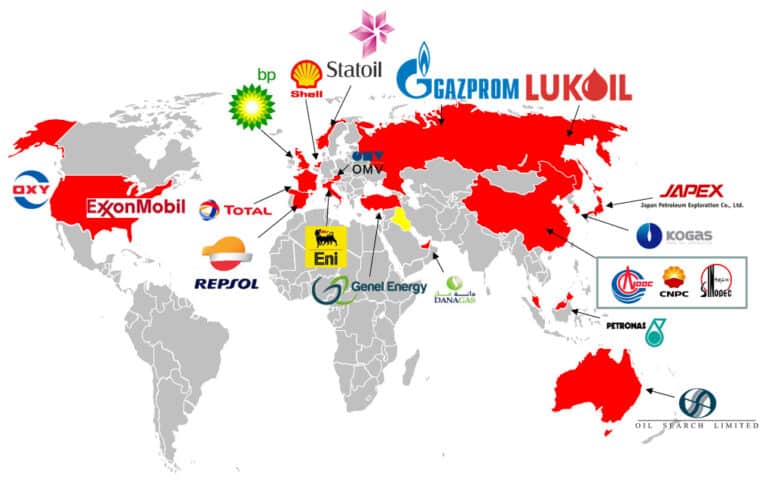 Some of these oil companies have strong operations in Brazil, a great opportunity to outline strategies and career plans

THE Royal Dutch Shell oil company took the top spot among oil and gas companies on the Forbes Global 2000 list of the largest and most powerful publicly traded companies, surpassing last year's leader, Exxon Mobil Corp. The Anglo-Dutch oil and gas giant was ranked 11th out of all companies on the list, up from 20th a year earlier, mainly due to higher sales of its commodities. Exxon, of Irving, Texas, came in 13th, the same as last year.

Chevron Corp – based in San Ramon, Calif., was the third-largest oil and gas company on the list, at 21st compared to 359th a year earlier, which ended US $ 431 million in the red because of lower commodity prices, Among other things. .

Total SA – from France, was fourth on the oil and gas company’s list, followed by China Petroleum & Chemical Corp., known as Sinopec, and PetroChina Co. Ltd.

BP PLC, Gazprom and the Rosneft, from Russia, and the Indian Reliance Industries Ltd. completed the top 10.

The Forbes Global 2000 is determined by a score made up of equally weighted measures of revenue, earnings, assets and market value.

The financial results of oil and gas companies have improved considerably over the past year due to rising oil prices, with West Texas Intermediate reaching US $ 51 per barrel in 2017, US $ 7 per barrel year over year, according to the US Energy Information Administration.

WTI oil prices topped US $ 72 per barrel earlier this year before falling to around US $ 65 after ministers from Russia and Saudi Arabia indicated they may increase production later this year in response to criticism from President Donald Trump on rising prices.

While oil prices have fallen from their highs this year, Andy Lipow of consulting firm Lipow Oil Associates said he expects oil prices to rebound to US $ 80 from recent US $ 75 as production Venezuela falls, the impact of Iranian sanctions on supply becomes clearer. Arabia prefers higher prices ahead of Aramco's IPO. ”

⇒ EBR shipyard may manufacture MODEC modules this year
⇒ Why does the pre-salt layer in Brazil captivate foreigners so much?