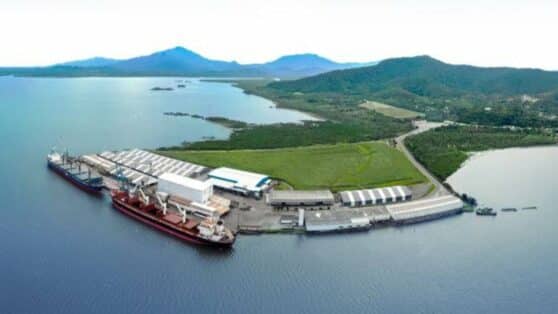 The European market uses wood pellets as an input for several occasions on a daily basis and, therefore, Porto Ponta do Félix expects a movement of up to 120,000 tons of cargo exported to ports on the continent.

The management of Porto Ponta do Félix, located in the state of Paraná, commented on the expectations for the export of wood pellets to the European market. Until this Tuesday, (26/04), it is expected that up to 120 thousand tons of cargo will be handled in 2022 to ports on the continent, due to the high demand in Europe for the use of the input.

The city of Antonina, in the state of Paraná, was chosen for operations involving the export of wood pellets in bulk and, with this, the ports of the state will benefit from a movement of cargo in a way not seen before and the Port Ponta da Félix will be the highlight in the export of the product to the European market throughout 2022.

Thus, the administration of the Ponta da Félix Port expects a total of 120 thousand tons that must pass through the port and go through the export process, totaling nine ships by the end of the year. In addition, this cargo, which until then was exported by containers, is being shipped using the bulk method, with lower operating costs, which makes operations even more efficient and beneficial for the port complex, reaching ports on the European continent safely. and fast.

The production of wood pellets takes place in the state of Santa Catarina and, after the process of export, the cargo will be unloaded at the ports of Italy destined for Denmark, where it will be used as an input in heating systems, a highly common system in homes and businesses on the European continent. In addition, Porto Ponta da Félix was already eyeing export operations and the first took place in 2021, with more than 15 thousand tons of cargo being taken to European ports.

Wood pellets are currently considered strong energy resources, and are formed by plant biomass residues, such as wood shavings, sawdust, sugarcane bagasse, among many others. So, the European continent uses the load daily in fireplaces and heating systems, avoiding the recurrent use of fuels derived from petroleum and avoiding further damage to the environment, and, with the growth of the environmental debate, it is being increasingly demanded in the state.

In this way, the Ponta da Félix Port stated that it will carry out infrastructure works to carry out a more efficient and productive export of wood pellets, with the aim of expanding the current static capacity from 270 thousand tons to 430 thousand tons, by the beginning of 2023 and make these operations even more expressive in the complex.

Tags: EuropeExportwood pelletsPonta do Felix Portports
previous post Studies of the Brazil-Uruguay waterway project are delivered with new perspectives for the transport of cargo from the ports of both countries
next post Tupy announces purchase of MWM Brasil for R$ 865 million and prepares to enter the energy sector in the manufacture of engines and other equipment