There will be another Petrobras contest in 2018: Start preparing now! 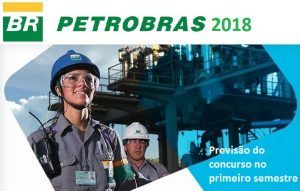 With the recent acquisitions and its successful new business model, Petrobras will open a new competition for 2018 for all positions.

[supsystic-social-sharing id='1′]Petrobras will open a new tender for 2018, although it has not been officially launched yet, Click Petróleo e Gás has been talking to a “Big Dog” from the state-owned company and it is confirmed, by Therefore, we assume full and absolute responsibility for this information. This is a result of successful business plans, such as new asset acquisitions, new platform fleets that are to come to operate in the Santos Basin and the beginning of more in-depth studies in the pre-salt layer of the Campos Basin. It is simply essential to hire more employees via public tender.

But you must be asking yourself: “Damn, they even called the people who took the test in the last contest they had in 2017…” Your mistake! The public notice with the list of those approved for 2017 just came out on 012/4/2017, the second phase, which is the physical tests, will take place soon. [Access the list of approved here in 2017].

In the last contest, there were relatively few positions available, but in 2018 it will be totally different. It will open up opportunities for almost all formations. Higher, Technical, and Secondary Education for both operational and administrative areas, that is, the portfolio of positions and your chances will be much greater this time around.

But it's one thing to open the contest, another thing to pass it. This is one of the most awaited and disputed selection processes in Brazil, so be aware that the competition will be fierce. Lucky for you, we are providing 3 specific handouts made to pass these tests. They are Portuguese, Mathematics (common to all positions) and 1 Operations Technician. (CLICK HERE AND GET YOUR WORKBOOKS TO ENTER THE CONTEST). So start studying and preparing now, because the contest will take place in the 1st semester of 2018. Whatsapp and Telegram Jobs.