The worker can continue to receive Auxílio Brasil even with a signed Work Card. understand the rules 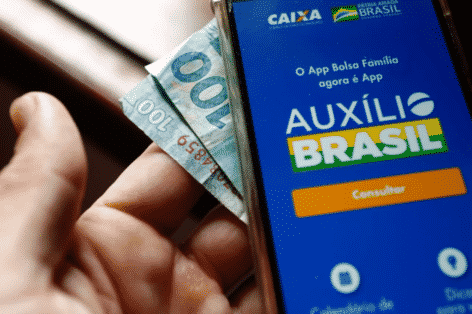 Since it was announced, the Auxílio Brasil program has generated a lot of debate

The program is expected to have an increase of 200 reais. Meanwhile, the question that has generated doubts is in relation to who has recently obtained formal employment.

Caixa Econômica Federal makes the payment of Auxílio Brasil to the penultimate group of beneficiaries this Wednesday (20) for the month of April. According to the rules of the calendar, the group that receives are people with the Social Registration Number (NIS) with final 4. Last Thursday (14), beneficiaries with NIS final 1 were received, on Monday (18) it was the turn of those who had NIS with end 2; and on Tuesday (19), those with final 3 had their funds released. But what if people who work in the offshore business or other sectors get a formal job recently?

Currently, 18.06 million families are served by Auxílio Brasil, totaling resources that exceed R$ 7.4 billion. The minimum amount that will be paid is R$ 400. For the next payments, there is the possibility of an increase, rising to R$ 600. But this depends on the outcome of the appreciation of the Congress which has until May 16 to appreciate the Provisional Measure that increased the payment of the benefit. It turns out that the opposition defends that R$ 600 be paid, even if it is an electoral gain for President Jair Bolsonaro.

Meanwhile, the main question is whether people who have obtained formal employment, i.e, work with a formal contract, will be able to continue receiving the Auxílio Brasil. The answer is yes! But for the values to be deposited, the worker has to be framed in the basic rules of the program. Here's who can receive the benefit:

Per capita income is based on a calculation that involves the sum of the income of all residents of a household, and which is divided by the total number of people living on the maintenance of this total income. The same rule applies to Individual Micro Entrepreneurs (MEI).

The future of the Auxílio Brasil program

Another controversy regarding the benefit is in relation to where the funds for the payment come from, as the Federal Government has not yet made this clear, giving rise to criticism about the possibility of a gap of more than R$ 30 billion in the spending ceiling.

The expectation of Government to guarantee the resources is through the PEC of Precatórios which allows the negotiation of debts that the Government has judicially and the reform of the Income Tax.

This Tuesday (19), the president of the Chamber of Deputies, Arthur Lira, admitted the risk in the value of Auxílio Brasil. “There is always risk,” he said at a press conference. Regarding the vote on the Provisional Measure that deals with the increase, the parliamentarian said that “it will be treated with all responsibility, a clear debate in the plenary, of the possibilities of maintaining the text or changing what the plenary, the majority of deputies, find it convenient”. The appraisal should take place next week.

About the 13th salary of Auxílio Brasil in 2022

Auxílio Brasil must be paid annually in 12 installments, according to the current rule. However, there is the Bill nº 625/22, by Senator Alexandre Silveira (PSD-MG), with the objective of instituting an extra payment, increasing the number of installments in the year to 13. If it is approved in the Senate, the text will be submitted to the analysis of the Chamber, which can block the PL, approve or amend the text.