The hammer was beaten: Porto will hire 4700 people at once 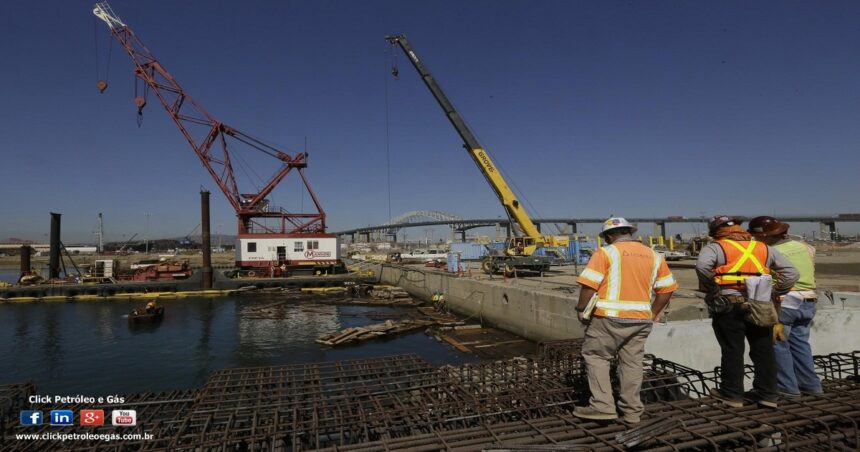 The contract for this work will be signed on March 2 and was worth 3 billion reais. Porto Central Presidente Kennedy in ES will be one of the most important in the country

O Porto Central, in Presidente Kennedy, in the south of Espírito Santo, has just received the confirmation that everyone has been waiting for: The environmental license for the release of the works will be released on March 2 and massively publicized on social media by government agencies and the national press office. The current president Michel Temer just released an official note after meeting with the state governor, Paulo Hartung last Wednesday (21).

Today, Ibama will be finishing the evaluation of the site where the project will be installed. In 2017, in November, Temer signed the decree that ended up being proclaimed as “public utility” due to the magnitude of the project and what it will mean for Brazil, as well as the Harbor do Açú, in the municipality of São João da Barra-RJ. Some companies are already being quoted for the removal of the forest where the construction will take place.

In a direct statement from the state government to journalistic entities, it reports that the value of the work was in a budget of 3 billion reais and about 4700 professionals for the works. The contracts will take place later this year and the companies that will carry out the works need to enter the bidding phase, but after the signing of this week's environmental release, the competent authorities say that this process will be quick.

Porto Central is a world-class, deep-water, multi-purpose, condominium-based port complex with infrastructure to serve industrial and service companies that support the oil industry. It will also be used for the operation of containers, solid and liquid bulk, general cargo and vehicles. Bearing in mind that hiring for the Harbor do Açú will take place this month, see the article here on how to apply. Source The Globe

Tags:
previous post Shell and Saipem close partnerships to use AUV's in the offshore sector
next post Subsea 7 and Schlumberger merge and could generate opportunities