per Fábio Lucas
-
–
in Electric Vehicles 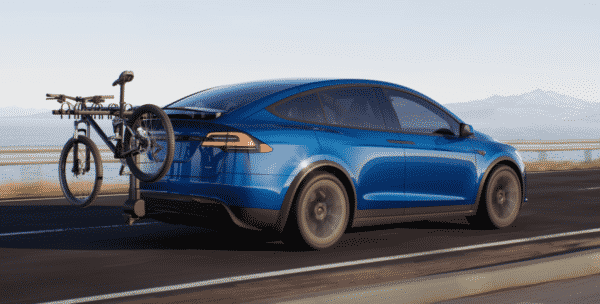 The company of billionaire Elon Musk remains the big name in the electric car market in the world. However, the trend is that this advantage will decrease in the coming years.

Data recently released by the Kelley Blue Book, a vehicle evaluation and automotive research company, showed that the electric car market still has one owner: the Tesla. The materials show that the billionaire's company Elon Musk was responsible for 75% of electric car sales in the first quarter of 2022.

Tesla remains the big name in the electric vehicle industry in the U.S, the main market in the world. In 2020, Elon Musk's company accounted for 79% of the vehicles sold. In 2021, the numbers dropped to 69% due to a shortage of important components for making the cars. However, the figures for the quarter show a recovery in sales of company.

In the United States, Tesla managed to deliver 310,048 electric cars in the first three months of the year. In addition, the company has three of the ten best-selling electric vehicles. For now, the Model Y and Model 3 models are the best-selling electric vehicles. Also, the difference between second and third place is huge. While Tesla sold 43,707 Model 3s in the quarter, Ford won just 6,734 Mustang Mach-Es.

Tesla's result would have been even better had the company not suffered from the consequences of the closing of the Giga Shanghai factory at the end of the quarter due to an outbreak of Covid-19. Tesla is working to dramatically increase its production of electric vehicles. This year, the company expects to produce around 1.5 million vehicles. For next year, the official launch of the long-awaited Cybertruck, Semi and Roadster is expected.

If Tesla was once the big player in the sector, other large companies are investing billions to end the company's hegemony. Recently, the Ford highlighted that the goal is to surpass Tesla in terms of sales in the next few years.

Even with growth, electric vehicles represent only a small share of the global vehicle market. Today, only 5% of vehicles sold worldwide are powered by energy. However, as countries are looking to reduce carbon emissions, this number is expected to jump in the coming years.