Tenenge will expand the Eteno Verde plant; investment is 63 million and will generate 600 jobs

per Daiane Souza
-
–
in Economics, Business and Politics 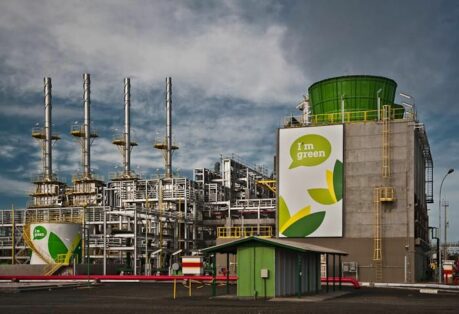 The plant, which is located in the city of Triunfo, in Rio Grande do Sul, will receive new investments from the company Tenenge. According to the brand, it is estimated that they will have more than 600 workers during the peak of processes and that the development should be, with each passing day, more and more full.

The company tenenge it would have been built between 2008 and 2010 and is able to house more than 200 thousand tons of steel that are used and sold for civil construction in Brazil. Which, according to the IBGE portal, is estimated to have reached its most expensive prices for the year 2021.

The brand is able to serve customers on a global scale through methodologies and activities focused on engineering. Not to mention that, by housing the maximum of its capacity, it is possible to produce more than 240 thousand tons of material each year, which are reported on a worldwide scale.

Investment is millionaire and will generate a lot of jobs

What is known so far on the subject?  The investment is millionaire and is expected to reach a high amount of jobs ranging from quality control to inventories. More than 600 people will be employed. In short, the company would have informed through its press conference that it would be about to apply the amount of R$ 63 million to apply its brand in relation to size.

Currently, one of the products that are traded by the brand is about Eterno Verde, which uses ethanol in the composition of sustainable fuel to ensure that the environment will be increasingly protected from the effects that have long been caused by oil.

THE Braskem informed that he would be applying for his company because he sets the goal of reducing the amount of carbon that was being thrown into the environment by at least 15% by 2030. That is, they have about 8 years for the project to be completed and the reduction to be implemented. In this way, make expectations really get off the ground and start to be put into practice.

By the year 2050, Braskem claims that it is interested in becoming one of the best-known companies in the world when it comes to using only neutral carbon, which is biologically more sustainable than petroleum products. Since the year 2010, more than three million tons of toxic organic matter would have been dumped into the air, soil and rivers, despite all the necessary precautions regarding production.

In all, the budget for the alteration of the work is foreseeing that at least 12 equipments that are used then will have to be replaced. In addition, at least 10 of them that already exist are planned to be modified and, therefore, guarantee that there will be better environmental savings. The work can last more than two years.

With each passing day, brands that are geared towards engineering more practice green marketing to show their potential customers that they are triple capable of protecting the environment we are living in.

It is worth noting that this type of practice does not only happen in this sector, but in several others that are advertising-oriented and concerned with more sustainable thinking in our daily lives.

Tags:
previous post Understand what influences the price of oil today
next post Company specializing in the manufacture of polymers, used in the plastics industry, claims to use products from 100% renewable energy sources