per Daiane Souza
-
–
in Economics, Business and Politics, Renewable energy 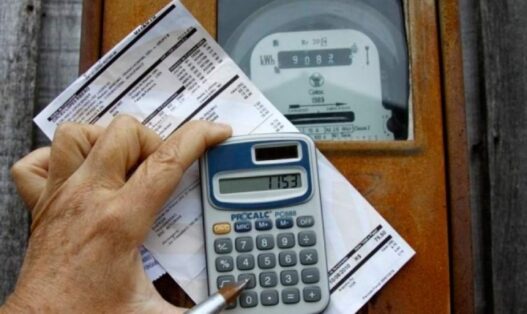 Brazil taxes scare! Data show that 50% of company spending is on taxes from the electricity sector – Source: Canvas

A report that was raised in the year 2021 by the Caribbean Statistics survey shows that Brazil's taxes are up to five times higher than those of neighboring countries that have the same rate of development and inflation. Brazilians complain because they are not seeing the results of so many taxes. In our country, one pays on food, wages, drinks, fuel and even the purchase of a car. And, according to experts, it is the excess taxation coming from the Federal Revenue that makes the situation of the electricity sector in Brazil even more complex.

According to a survey that was shared through the press office, and raised by PwC and Instituto Acende Brasil, it is estimated that the taxes that are levied in the electricity sector in our country reach at least 50% of all the expenses that the brands have for the production of their products.

This excess of taxation makes the entry of cars of this type of technology even more delayed: there is no incentive by the Revenue for greater sustainability and practicality in traffic, as well as the reduction of carbon dioxide emissions, one of the main causes of the greenhouse effect.

IMDT has a video that addresses more about the contradictions of taxation in the electricity sector, see the material below

Electric car sector is a way to get the economy back on track, but it is being barred from all sides

Data that is shared by itself Ministry of Mines and Energy show that it is estimated that, each year, there is a movement of at least R$ 400 billion in the electricity sector. That is, companies would be paying high taxes for production just because of the energy used, which impacts differently on the consumer's pocket as with the increase in inflation.

In this way, a tax reduction / review it could be crucial for the Brazilian economy to recover in 2022. Even more so in this post-pandemic recovery scenario in which ANIP estimates that companies have growth of only 1.4%.

From last year until April 2022, in its fortnight, it had been decreed that there would be the imposition of the shortage tariff, which would charge an additional amount at the end of the month on the amount spent. Meanwhile, the solar energy, which is sustainable, is still expensive for many families: it is estimated that the investment for a four-person house is around R $30 thousand.

Electricity price is scary – and taxes are largely in this slice

Lucas Ribeiro, CEO of ROIT, states that the value being charged for electricity is one of the factors that makes prices reach consumers more expensive, ranging from the manufacture of clothes to the conservation of food within the markets. According to him, nowadays there are several taxes that end up levied on the transmission of energy until products considered basic arrive at our house.

According to specialist Ribeiro, it is estimated that there are more than 2 billion taxation scenarios possible for Brazil. Therefore, it may be practically unfeasible to have a more in-depth discussion about each of them. Another aspect is that studying each of the tax collection points that we have in our country takes time and investment, being a long way to go.

Tags: tax
previous post GE Power Conversion will supply an Electric Module for a Petrobras FPSO platform vessel destined for one of the largest energy projects on the planet
next post Helisul Aviação invests in the inauguration of the drone market in Brazil: company is a pioneer in long-distance transport of heavy loads