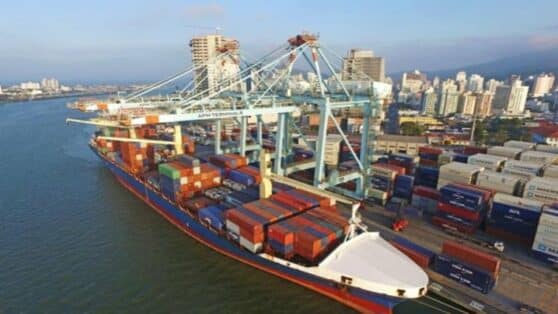 Due to the instability in the volume of the Itajaí-Açu River, the access channel to the ports of Itajaí and Navegantes is closed and, as a result, the transport of cargo by ships in the complexes is impossible, causing serious damage to the companies

Since last Tuesday, (03/05), the access channel to the ports of Itajaí and Navegantes, in the state of Santa Catarina, has been closed and the transport of loads in the places is not happening. The stoppage of the channel will continue for undetermined time due to the constant changes in the volume of the Itajaí-Açu River and the companies still calculate the high loss that will be incurred without the possibility of moving goods by ships in the complexes.

The last few days were marked by heavy rains throughout the state of Santa Catarina and, as a result, the volume of the Itajaí-Açu River is highly unstable. Thus, it is not possible to project what will be the changes in the course and volume of the river and, therefore, the access channel to the ports of Itajaí and Navegantes was closed by the port administration. Now, there is a stoppage in cargo transport operations with local ships and a high loss for the complexes.

Although it is not possible to calculate the real damage that will be caused in the ports and in the companies that carry out the operations of transport of loads, the administration of the complexes affirms that the damage will be difficult to repair. This is because the access channel through the Itajaí-Açu River is the main one for a series of export and import activities at the site. And with the closure of the structure, ships find themselves trapped both inside and outside the complexes.

Thus, Ricardo Amorim, General Director of Logistics Operations at the Port of Itajaí, commented on the losses that will be calculated due to the impossibility of ships entering and leaving the ports and stated that “It is a very large chain of logistics and foreign trade. We have losses for exporters, for importers who are not able to sell production or receive raw materials, we are talking about terminals that are unable to operate ships, and will start to dam a lot of cargo, since the ships are not docking”.

The main problem being seen in the ports of Itajaí and Navegantes due to the closing of the access channel is the overcrowding of the terminals with ships. This is because, with the stoppage of cargo transport operations, these vessels need to wait for the volume of the river to stabilize in order to complete the activities that were planned, causing a long queue in both port complexes.

Thus, in the access channel, five ships await the improvement of the current and the river to dock, and four are moored, two at Portonave, one at the public port and one at Barra do Rio. The speed of the current is highly unstable and high, according to the port administration, and the continuity of cargo transport operations could put the ships and employees who carry out this movement in ports at risk.

Finally, the port administration commented that the ships waiting for access are more than 300 meters long, which makes the operation more delicate and with more restrictions on wind and current. Now, the ports are waiting for the normalization of the river course for the resumption of activities.

Tags: itajaínavigatorsshipsportsCharge transport
previous post IFNMG offers 380 vacancies in free technical courses in the areas of electrical engineering, buildings, IT and other categories
next post Hackers attack charging stations for electric cars, Automotive Industry will have to spend around R$ 50 billion by 2030