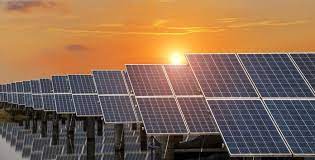 SolarZ is a Brazilian startup that is part of Cubo Itaú. In short, it received the millionaire investment of R$ 1.5 million for the acceleration of two projects that are in progress. The companies that decided to invest in the institution are Bossanova and Domo Invest. The solar energy market moves millions in Brazil and promises to be increasingly promising: the investment pays for itself, in large part, in up to five years.

Bossanova Investimentos is a micro company that makes a series of investments in brands that are on the rise in Brazil, such as SolarZ, which promises quality products at affordable prices. In relation to Domo, it is one of the main managers of the Venture Capital group in Brazil.

Institutional video helps you understand more about what SolarZ is

New investors were satisfied with the application and believe that returns may come soon.

João Kepler, CEO of Bossanova, was positive with the company's new application and argues that the results should start to appear soon. According to him, they are excited about the expectation of investing in an area in the process of expansion, like solar energy. The value provided by the brand would be helping to anticipate the completion of two projects of the institution, being the SolarZ CRM and SolarZ Bank.

Franco Pontillo, manager of Fundo Anjo and partner at DOMO Invest, has the same opinion, saying that this was just one of the next investments that Domo intends to provide for carrying out innovative research and development for the market. According to him, solar energy is of paramount importance for heating the global economy, especially at a time when there is a expresses scarcity of water sources in our country.

Understand the two projects created by the institution

SolarZ CRM was a project created to better understand how the pre- and post-purchase processes of your customers work so that they can make the experience even more automated and specialized.

The second project, on the other hand, aims to provide a line of credit for all companies, ranging from MEI (individual microentrepreneurs) to SAS, that are interested in putting solar energy but do not yet have a fund for it. In this way, it would be possible to pay the borrowed amount through small installments and with reduced interest.

In Brazil, solar is one of the market leaders that, in a matter of a short time, should become one of the richest in Brazil. Thiago Silvano, CEO of Solar, says that he expects to have more than 170,000 plants monitored by the year 2023. This is taking into account that they would have started from scratch during the year 2020, two years ago. The business is expected to have around 2,300 integrators. Silvano argues that they are like a “rocket” and that, with the new investments, the financial returns should be greater, allowing for greater investment in research.

It is worth noting that the company also has an event open for registration and which will take place on May 5, in the city of Belo Horizonte. Until the closing of this article, the event was already counting on the confirmation of attendance of more than 400 people. The purpose of the meeting is to discuss more about the development of the solar energy market and its expectations for the future.