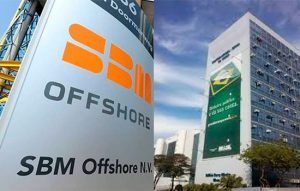 the dutch offshore SBM entered the MPF list to be investigated regarding administrative improprieties and fraud in contracting services from offshore units in Brazil, naturally requested by Petrobras at the time. The official statement was made by the press office of the Federal Public Ministry, yesterday (28).

According to the lawsuit, the leaks exceed US$ 300 million to Petrobras, which also point to more culprits, including SBM Holding and SBM Offshore Brazil. According to the MPF's judgment, not only the company in the Netherlands will be involved in these investigations, but also its Brazilian centers, since all the company's central negotiations pass through here:

“Whatever the nomenclature or legal form adopted, SBM Offshore do Brasil Ltda plays the role of subsidiary, agency or branch of the SBM Group in Brazil”, exclaimed Daniella Sueira, Renato Oliveira, Rodrigo Lines and Tatiana Flores, current attorneys of the Republic. .

In the report of this lawsuit, filed in the first two months of 2018, the breach in the state-owned company’s coffers reached the mark of US$ 303.3 million, these operations cover the period between 2009 and 2013. Investigations even point to a department specializing in “payment of bribe or a deposit fund” to Petrobras employees, closely linked to the company's former sales agent in Brazil, Julio Faerman.

According to investigations, the amounts deposited in this fund add up to US$ 274.4 so far. In order to make these payments possible, Julio Faerman's company consulted on SMB's sales in exchange for commissions that reached 10%, varying with the particularity of each successful contract.

Tags:
previous post New offshore vacancies launched by Zarpa Crew today
next post The Port of Santos has made many vacancies available at all levels of schooling