Raízen is investing R$ 300 million in the construction of its new Biogas plant that will produce raw material for the company Yara Brasil.

In an official statement to the market released this Tuesday (26), Raízen announced that it will begin the development of a new unit aimed at the production of biogas and the expectation is that the factory will start operations in São Paulo as early as next year. The company's announcement had been expected since September 2021, when the company closed a partnership with Yara Brasil Fertilizantes involving the sale of more than 20 thousand cubic meters per day.

Biogas plant will have enough capacity to supply about 200,000 homes in the state

According to the document, Raízen will invest R$300 million in the biogas, which will be attached to the Costa Pinta plant, in the municipality of Piracicaba, in São Paulo. At the same location, the sugar-energy plant already produces second-generation ethanol.

Thus, this will be the company's first plant for the production of renewable natural gas. The company has a biogas plant in Guariba (SP), but it focuses on the production of electricity. The biogas production capacity of the Raízen unit in São Paulo will be 26 million m³ per year. According to the company, the volume has enough capacity to supply about 200,000 homes in the state.

However, Raízen informed that the biogas produced at the plant already has a final destination, having been completely sold to Yara Brasil Fertilizantes and to Volkswagen do Brasil, in long-term contracts. According to the company's statement, the plant project expands Raízen's portfolio of clean and renewable energy solutions, reinforcing the company's role in Brazil's energy transition, generating value for customers, suppliers, consumers and shareholders.

According to what was announced in September, Yara plans to use the product to manufacture hydrogen and green ammonia in its industrial parks. Therefore, biomethane must be injected into Comgás' pipelines to Yara's ammonia plant in Cubatão (SP).

Also according to the company, in a press release, the volume purchased, which is 20,000 m³ per day, represents about 3% of the amount consumed by the factory. According to Daniel Hubner, vice president of industrial solutions, the use of this raw material in the production process is a concrete manifestation of the company's efforts in Brazil to promote the decarbonization of its plants.

The company mobilizes people and enhances business through the energy it delivers. The company's business is supported by several roots and that is why it is present in the lives of thousands of people every day. The company acts with the boldness of those who think big, always looking to the future and innovation, commitment to ethics, sustainability and safety.

Raízen was founded in 2011 from the Joint Venture between Shell and Cosan. In the same year, it won the Bonsucro certification. The following year, the company achieved investment grade with top marks from Fitch, Moody's and S&P.

The company is one of the most competitive companies in the electricity sector in the world. In the last year alone, Raízen earned more than R$ 114.6 billion and had an EBITDA of R$ 6.6 billion, making it the 4th largest company in terms of revenue in Brazil and the second largest fuel distributor in the country. It has 35 sugar, bioenergy and ethanol production units, among others. 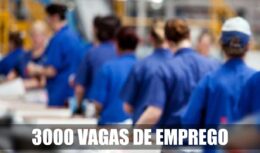 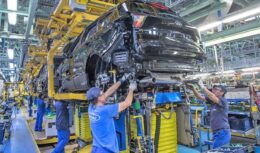