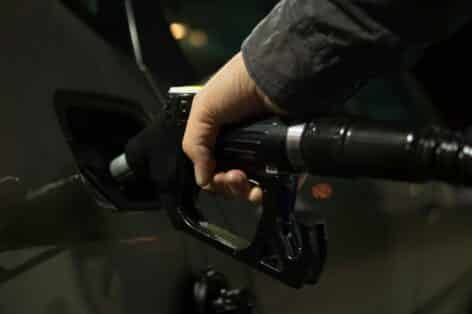 High oil prices increase inflation and cause, together with the minimum wage, the worst fuel purchasing power for Brazilians in 10 years

A study carried out by the Inter-Union Department of Statistics and Socioeconomic Studies (Dieese, subsection of the Federación Única dos Petroleiros) indicated that, thanks to the stagnation of the Brazilian minimum wage and the inflation caused by the increase in oil in international trade, the purchasing power of citizens in Brazil for the fuel sector is the lowest in the last ten years.

Ten years ago, a minimum wage would make it possible to acquire 16 gas cylinders of 13 kilos. In the current scenario, due to the drop in purchasing power, a minimum wage is enough to buy only 11 cylinders. Today, a minimum wage allows the purchase of about 167 liters of Gasoline, while in 2012 it was possible to buy up to 227 liters. With regard to diesel oil, the volume currently obtained is 180 liters, much lower than the 300 liters that would have been obtained ten years ago, according to an assessment by Dieese/Fup.

In this bias, the economist at Dieese/Fup, Cloviomar Cararine, highlighted that the retraction of the minimum wage, which has not been significantly increased for the third consecutive year, is still added to a scenario of rising inflation and high fuel prices, so that the family budget is considerably shaken.

The Brazilian Institute of Geography and Statistics (IBGE) published, this Wednesday (27), the Extended National Consumer Price Index 15 (IPCA-15), which indicated gasoline as the main factor for the increase in inflation – from 0.95% in March to 1.73% in April.

The general coordinator of the Unique Federation of Oil Workers, Deyvid Bacelar, associated the high inflation scenario to the import parity price policy established by Petrobras in October 2016. According to Bacelar, this policy was responsible for the fuel readjustments based on international quotations of Petroleum, in the costs of importing derivatives and in the exchange rate variation, despite Brazil being self-sufficient in fuel.

Bacelar assesses this situation as a result of a policy of increasing impoverishment of the Brazilian population carried out by the Federal Government.

A comparative study of fuel purchasing power in different countries around the world, carried out by Dieese/Fup, pointed out that Brazilian citizens must give up 21% of the minimum wage to obtain 35 liters of gasoline, which is one of the highest percentages among the countries analyzed.

This study highlights Brazil as the fourth worst place in a ranking of 40 countries evaluated according to the fuel purchasing power of their respective minimum wages, despite the country being an important international producer of oil and derivatives. In the ranking, it is behind only Venezuela, Ukraine and South Africa.