per Fábio Lucas
-
–
in Renewable energy 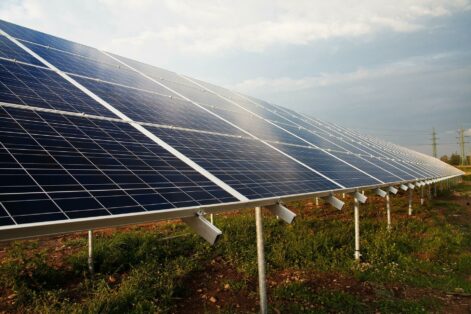 researchers from Stanford University are working on a revolutionary solar energy project. The goal is to create a solar panel with the ability to produce energy during day and night.

Solar panels are an inexpensive and reliable solution for producing energy during the day. However, everything changes when the sun goes down, as it is often necessary to spend a good amount of money investing in batteries to use electricity at night.  Some 750 million people do not have access to energy at night across the world. world.

To try to solve the problem, researchers from Stanford University are developing a photovoltaic cell that can produce energy during the day and night. Thus, it is not necessary to invest in batteries.

How is it possible to produce energy at night?

The device works like a conventional solar panel during the day. Simply put, the device can take advantage of the heat that radiates from the solar panels into space at night. When the panel cools, it is at rest at a temperature slightly lower than the air temperature. The temperature differential can be used by a thermoelectric generator module (TEG), which generates energy from the difference in temperature. temperature.

As the device is built with easily accessible and low-cost materials, the developers expect it will be used in many hard-to-reach areas around the planet. In addition, the equipment can be fitted with conventional photovoltaic cells.

"What we were able to do here is build everything with off-the-shelf components, have a very good thermal contact, and the most expensive of the entire configuration was the thermoelectric itself” declared Zunaid Omair.

What is the secret of the project?

The earth absorbs radiation from the sun during the day, which then radiates into space at night. On a clear night, the device can produce 50 mW/m2 of power, with an open circuit voltage of 100 mV. As lighting at night requires a few watts, at least 20 square meters of photovoltaic area would be needed.

Despite being very promising, the device that has the ability to generate power overnight will take a little longer to go to market. The researchers are still working to refine the equipment, increasing its efficiency and lowering the costs of large-scale production.

Tags: Solar energySolar panel
previous post Explosion of investments in the oil and gas sector in Espírito Santo: Companies such as Petrobras, Karavan Oil, Shell, PetroRio, Imetame and ES Gás are the focus of the business presented in the Capixaba Yearbook
next post Energisa announces a project aimed at technology and professionalization in the Rio Pomba region, in the Zona da Mata of Minas Gerais