Researchers create a film applied to the roof capable of cooling environments without the need to use electricity, eliminating the need for air conditioning 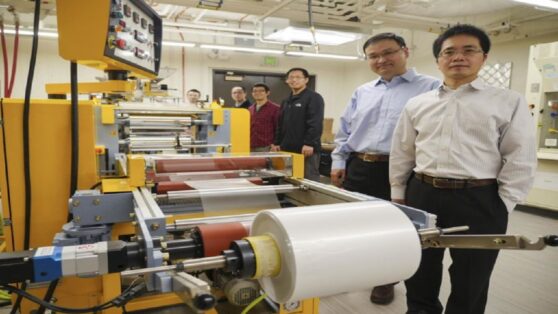 Researchers at the University of Colorado have developed a film capable of cooling a home without using electricity, which could replace the use of an air conditioner.

On hot days, nothing better than a good air conditioning to leave the environment with a more pleasant temperature. Whether at home, at work or elsewhere. However, not everyone can afford a device like this. Some are for financial reasons, others are more concerned with the environment, given that air conditioning emits polluting gases and generates the greenhouse effect. So, to the delight of many, researchers at the University of Colorado have developed a more affordable alternative for everyone: a film capable of cooling environments without the use of electricity.

Discover the film that can debunk the use of air conditioners

As a more affordable, sustainable and efficient alternative to traditional air conditioning, the film was developed by two researchers at the University of Colorado, located in the United States. Xiabo Yin and Ronggui Yang developed a film capable of cooling environments without the need for cooling gases or electricity.

The film acts in the process of filtering the sun's rays that are released on the Earth's atmosphere. The atmosphere makes it possible for some red wavelengths, which generate heat, to escape into space unhindered. What researchers Yang and Yin did was simply converting unwanted heat into infrared radiation at the exact wavelength that the planet sends back.

The film developed by scientists It is made with polymethylpentane, which is a transparent plastic that can be found in the market and is composed of small glass stones. The film, which is coated with silver on one of its sides, is made into sheets with a thickness of 50 millionths of a meter. When the film is placed on the roof of a house, the silver side faces downwards. Therefore, sunlight is reflected from the silver side through the plastic, preventing the environment from heating up without using electricity or air conditioning.

In addition to the benefit of preventing heat from entering, internal heat is also released to the atmosphere. The equipment's cooling power can reach 93 watts per square meter. At night, for example, the film's capacity is even greater and, according to the researchers, only 20 m² of the product are enough to keep the temperature of an ordinary house at 20ºC on a day when the average is 37ºC. in thermometers.

According to the magazine “The Economist”, the film can be produced using methods already used by the industry and at a very low cost of just 50 cents per square meter.

As we mentioned earlier, not everyone is able to have an air conditioner at home, and, with the estimate that 2022 will be a warmer year than the previous ones, a German company has developed a new product that can be a low-cost solution. for sunny days: a mini portable air conditioner.

For the product to work properly, it only needs a little water and at the press of a button, in less than a minute it starts working, spreading cold air to the entire area.

The mini air conditioner has three speeds: low, medium and high, being able to reduce the temperature by up to 10 degrees. In addition to cooling the air, the equipment also purifies and humidifies, making breathing easier.