Representative of the United States government requests that Petrobras increase its oil production, but the request is denied by the state company 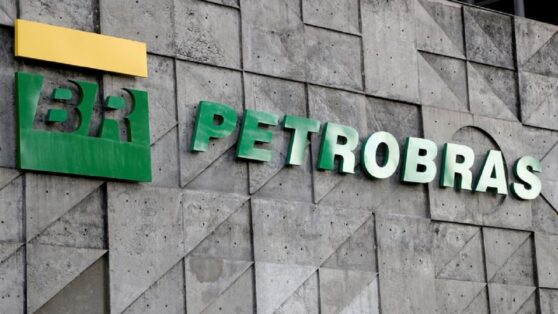 Facade of the Brazilian state-owned company Petrobras, responsible for most of the country's oil production – ALLISON SALES/FUTURA PRESS/ESTADÃO CONTEÚDO

Despite being allies, Petrobras decided to deny the American government's request, as it had other plans. See more below.

Representatives of the US government recently consulted Brazil to question the country's feasibility to increase oil production with Petrobras. However, the request made by the United States was denied by the entities representing Brazil. This news was reported firsthand by the international news agency, Reuters. It was March of this year when the consultation took place, at the beginning of the war between Russia and Ukraine.

The consultation with Brazil took place this year, in mid-March, right at the beginning of the war between Russia and Ukraine. As one of the largest global consumers of oil and other oil products, the United States was somewhat concerned with the supply of oil and especially with prices, which are still very high, causing a great impact on consumers' pockets, both in Brazil and around the whole world. Initially, the consultation was carried out by the United States Department of State for the Federal Government of Brazil.

After what happened, the United States decided to speak directly with what could be the main interested party: Petrobras, since the oil company is the main responsible for a large part of the production of Oil and Gas across Brazil. In response to the US State Department, Petrobras denied the request made by the US government.

The company's executives reported that this is a production strategy that is directly based on the diplomacy system, however, that due to a short-term planning, it was impossible to increase the supply of oil to meet the needs of the government of the U.S.

Based on Petrobras' response, the US State Department decided to comment on the news given by the state-owned company, issued to the press shortly after the proposal made by the US government.

In response, the US government did not deny that it consulted the Federal Government of Brazil. However, he did not go into further detail. According to a representative of the US State Department, in a note, he said that they are doing everything possible with all their allies and partners in order to mitigate the economic impacts due to Russian actions in other economies, such as Brazil.

In turn, Petrobras has other plans to increase its oil and gas production, initially, at the national level. According to Petrobras' perspective, in the next 5 years, oil production in Brazil will increase by at least 0.5 million barrels produced per day.

Petróleo Brasileiro SA, Petrobras, established on October 3, 1953, is a publicly traded company and corporation whose majority shareholder is the Government of Brazil.

Petrobras is also known for being a state-owned mixed-capital company. Its headquarters are located in Rio de Janeiro (RJ) and currently operates in about 14 countries, within the energy segment, with priority being given to operations in the areas of exploration, production, refining, commercialization and transport of oil, natural gas and its other derivatives.

The current motto of the state-owned company is: “An integrated energy company that acts with social and environmental responsibility”. In 2020, in the Forbes Global 2000, Petrobras was ranked as the 70th (seventieth) largest public company globally.

Tags: U.SUSAPetrobrasPetroleumOil, Oil and GasOil Production
previous post Find out how your company can reduce the value of freight and circumvent the increase in fuel
next post Goodyear starts making tires with soy oil instead of petroleum