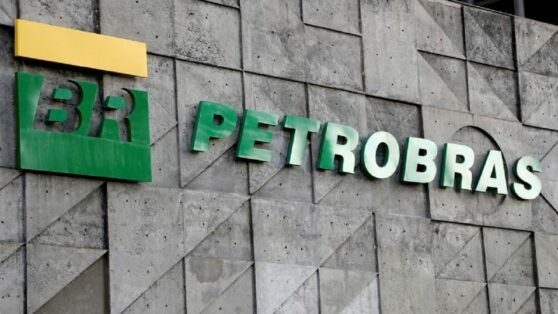 Facade of the Brazilian state-owned company Petrobras, responsible for most of the country's oil production – ALLISON SALES/FUTURA PRESS/ESTADÃO CONTEÚDO

New Minister of Mines and Energy asks Paulo Guedes, Minister of Economy, for approval on the privatization of Petrobras and PPSA

At the press conference, the new Minister said: “As I said yesterday, here is my first act as Minister of Mines and Energy, a formal request to start studies that focus on the beginning of the privatization process of PPSA and Petrobras. I hope that we have this resolution ready as soon as possible so that the President of the Republic can sign it and start this process awaited by the Brazilian people.”

After the declaration of the new Minister of Mines and Energy, Paulo Guedes made his speech. In his statement, he guaranteed to continue the studies aimed at the privatization of Petrobras and PPSA. During the press conference, he said: “The Minister of Mines and Energy delivered this to me today and I immediately forward it to the Special Secretariat of the PPI, so that they can make a resolution that begins the studies for the validation of the privatization of Petrobras and the PPSA So this must be done today. We will continue the studies for PPSA and then, [we will move on to] the case of Petrobras”.

Right at the end of his statement, Minister Paulo Guedes raised his voice with a portion of trade unionists who were present at the press conference in order to demand wage increases at the door of the Ministry of Economy's headquarters. He stated that he did not want to comment on the comments they make about thefts at Petrobras. For Guedes, those responsible for the “robberies” from the State company were convicted and he has nothing to say about it. For him, the important thing is to continue with the privatization process of Petrobras and PPSA. On the other hand, unionists also raised their voices shouting words that went against the idea of privatization of Petrobras and PPSA.

Petrobras and PPSA are in the government's sights

This Wednesday (11), President Jair Bolsonaro returned to exalt himself with the press during an interview for Balanço Geral de Maringá (PR), a TV network. He fired: “Petrobras is too fat! Your board and directors could reduce the profit margin. Their profit margin is around 30%, whereas that of other oil companies is, at most, 15%. Petrobras, you are Brazil! Or who is inside doesn't think about Brazil? The population is suffering with the price of fuel”. General Balance Sheet of Maringá (PR).

The PPI, Investment Partnerships Program, is the government entity responsible for managing privatization and government concession projects. The PPI is made up of numerous ministers and presidents of public banks, and is chaired by minister Paulo Guedes. Decisions like this on the privatization of Petrobras and PPSA are made in the PPI sector, which in the foreground judges whether privatization of companies is necessary and feasible. If the answer is positive, the case in question is taken for approval by the PPI council, who vote on whether or not to recommend privatization to the President of the Republic.

After that, if the request is granted, the president signs the decree that includes the company in the PND (National Privatization Program). From there, the privatization process begins.
In specific cases, by force of law, the approval of a bill in Congress is necessary for privatization to take place.

Still in relation to the first speech of the Minister of Mines and Energy, he comments that he intends to approve some structuring measures that make Brazil a safe haven to attract private investment. The priority measures that he wants to be approved by Congress are: The modernization of the electricity sector, which frees up the free energy market for all consumers; Project aimed at changing the pre-salt exploration, from sharing to concession, and also a project that changes the system of guarantees.

Even without mentioning the prices of fuels derived from oil, the new Minister of Mines and Energy also comments that the measures sought by him will have little or no impact, speaking of measures from the perspective of supply. Also, the new minister defended the advance of Eletrobras privatization. For him, it is an important sign for attracting more capital to the Brazil. The process of approving the Minister's request to Paulo Guedes is scheduled for judgment at the TCU (Union Court of Auditors) next Wednesday (18).

Tags: PetrobrasPPSA - Oil Pre-SaltPrivatization
previous post GranIHC has just won a Supply Chain Management contract with Petrobras through its base in Macaé and should generate job vacancies for up to 95 people
next post Renewable sources undergo significant expansion, with solar energy responsible for most of the growth