Reduction of IPI causes drop in car prices 0 km, according to KBB survey 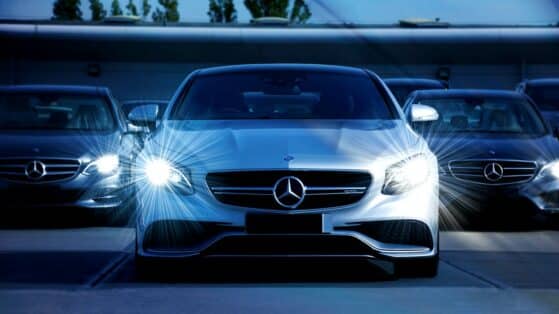 In March, an average decrease of 0.55% was observed in the values of 0 km cars, which is explained by the reduction of the IPI

The values of 0 km cars have been reduced since March, thanks to the anticipation that there would be a fall in the tax on industrialized products (IPI) for vehicles this May. KBB Brasil, a company specializing in new and used vehicle prices, indicates that the average decrease in the values of 0 km cars in March was 0.55%.

According to an article published by Exame on 05/02, the tax on industrialized products (IPI) consists of a federal tax levied on national and imported products, and is always applied when goods leave the factory. The reduction announced by the government in the IPI of 0 km cars corresponds to 18.5%.

On the other hand, taking into account used and used cars, the survey carried out by KBB shows that, in comparison with the month of February, there was a decrease in price inflation in these categories, but the upward trend was still maintained.

Used cars (from four to ten years) saw an increase of 1,93% on average in March, while used vehicles, with up to three years of use, registered a variation of 1,11%.

Used cars, with up to three years of use, model year 2022, were the ones that underwent the biggest change in March: 1,32%, on average. Despite this, the variation observed by these cars is still lower than that presented in 2021, when the increase was 1.67% per month.

Used cars (between four and ten years of use), in turn, increased by 1,93% in March, while in 2021, the average variation presented was 2,04%. As for the vehicles In this category, the 2012 model cars, as well as in the months of January and February, were the ones that appreciated the most, with an observed change of 2.87%.

To carry out this survey, KBB Brasil's March indicator analyzed 26,376 versions available on the market. For more information regarding prices, the website kbb.com.br can be accessed for free.

In addition to the IPI on 0 km cars, taxes on ethanol, food, capital goods and information technology have also been reduced recently

The Federal Government reduced the import tax on six basic food items and ethanol to zero, which promises to reduce the price of gasoline by up to R$ 0.20. The measure was approved at an extraordinary meeting of the Executive Management Committee (Gecex) of the Chamber of Foreign Trade (Camex), a body linked to the Ministry of Economy, and seeks to reduce the impacts of inflation.

In the list of foods with import taxes zeroed by the Government, there are roasted coffee, margarine, cheese, macaroni, sugar and soy oil. According to the Ministry of Economy, these products had a rise in prices above the country's average inflation. Until then, the IPI was 28% for cheese, 14.4% for sugar, 14.4% for pasta, 10.8% for margarine, 9% for coffee, 9% for soybean oil and 18% for ethanol.

“We are also very concerned about the impact of inflation on the poorest population, on the population in general. We know how much this can erode everyone's purchasing power”, highlighted the executive secretary of the Ministry of Economy, Marcelo Guaranys.

At the same meeting, Camex approved the reduction of another 10% of the Import Tax on capital goods, which are machinery and equipment used in industry, and on IT and telecommunications goods, such as computers, tablets and cell phones.

This was the second cut in the tariff on imports of capital goods and telecommunications. In March of last year, the Federal government had reduced that rate also in 10%. With that, the tax cut reaches 20%.

This reduction in the tax burden, as well as others, is one of the structuring measures that have been adopted by the Ministry of Economy to increase the country's competitiveness, stimulating the generation of employment and income.

With the decision, a product that had an IPI rate of 14% before the reduction carried out in 2021, will now have, with the second reduction, a rate of 11.2%.

According to the Ministry of Economy, the measure seeks to increase the productivity and competitiveness of the Brazilian economy, by reducing the costs involved in importing strategic products. The Federal Government estimates that the reductions in the IPI will prevent the Union from collecting R$ 1 billion this year. As it is an extra-fiscal tax, of a regulatory nature, the presentation of compensation measures, as authorized by the Fiscal Responsibility Law, is waived.

Tags: automobilescarsIPI
previous post Shell Brasil and Raízen announce the conclusion of a deal involving the lubricant sector
next post MIT scientists develop portable, filter-free water desalinator that can be carried in a briefcase