Petrobras earnings: should we demonize or celebrate? 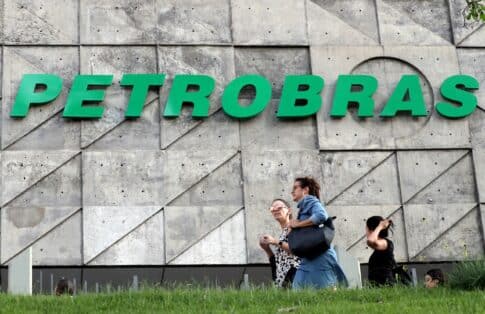 Recently, Petrobras reached the first place among Brazilian companies with the highest profits, becoming the most valuable company not only in the country, but also in all of South America. This week, the state-owned company announced the biggest quarterly gain in the company's history: R$ 44.5 billion. This result was much higher than the same period in 2021 (R$ 1.2 billion).

From all profits collected in this period, the Union will receive approximately R$ 14 billion, amounts that virtually benefited infrastructure, educational, security projects, among others. However, faced with a scenario of financial difficulties among Brazilians, with the inflation being pulled up a lot due to fuel prices and the discrediting of politics, should we celebrate or demonize these results?

As long as oil-derived fuel prices are high, it will be difficult to find anyone who says that Petrobras' profits have concrete benefits for Brazilians. Furthermore, the pre-candidates for the presidency of the Republic have raised their tone when criticizing the state-owned company and its gains, even though the Union is the main shareholder.

President Jair Bolsonaro (PL) classified, during a live broadcast on social media, that Petrobras' profits as a "rape" and also said that the state company "can no longer increase the price of fuel, this is a crime".

In an interview with Sarandi radio, in Rio Grande do Sul, Ciro Gomes said that Petrobras is plundering the Brazilian people and that part of the profits disclosed will go to minority shareholders, who are bankers in Brazil and abroad.

On his official website, Lula also pointed to international shareholders as the only beneficiaries of Petrobras' profits and repeated what he calls "Brazilianizing" the state-owned company's pricing policy, which is not concerned with the fact that it raises the cost of living and makes the life of the Brazilian much more difficult.

5 reasons that made Petrobras profits soar

The trend is that Petrobras and other companies in the sector with shares on the stock market will continue to show good profits in the coming quarters.

What is seen is that oil prices continue to rise, including demand that exceeds supply. The reason still has to do with the European Union's sanctions on Russia regarding the supply of some types of fuel.

According to the head of the Expert Table at CM Capital, Nicolas Silvas, even with the Organization of Petroleum Exporting Countries and allies (OPEC+) plan to maintain small increases in oil production, the drop in inventories tends to lead to a rise in prices.

Other specialists also believe that in the coming months the values of the Brent oil should remain above US$ 100. Another favorable factor for Petrobras would be the payment of dividends. The state-owned company will advance earnings for the quarter of R$ 3.17 per share to shareholders who were in the company's database until May 23. Thus, investors will feel motivated.

Tags: EconomyBusinessPetrobrasRJ - Rio de Janeiro
previous post In order to make investments in the solar energy sector viable and increase jobs and income, Minas Gerais acquires credit of R$ 405 million
next post More job openings at Termelétrica Marlim Azul 1 in Macaé with Techocean in charge of hiring and with an alternative method for sending resumes