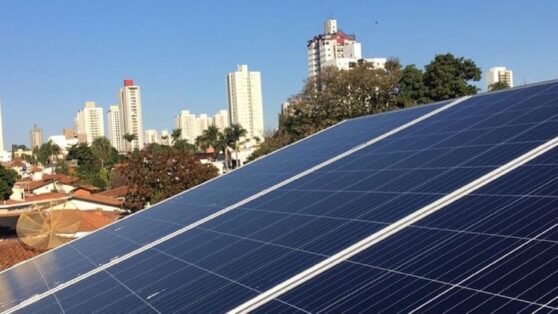 ProEnergy's new solar plant in Piracicaba will generate more than 30,000 kWh of energy per month

ProEnergy Engenharia, a company specialized in developing Photovoltaic Solar Energy projects, delivered in the last few days another large solar plant in the city of Piracicaba, in São Paulo, a region where ProEnergy Engenharia it has several other works already completed and in operation. The new solar plant in Piracicaba has 250 kWp of installed power, in addition to having around 550 modules already in operation, generating more than 30 thousand kWh/month of energy, corresponding to a production of more than 355 thousand kWh annually.

ProEnergy Engenharia's new solar plant, in Piracicaba, will take advantage of all the benefits offered by the Legal Framework for Distributed Generation

The entire solar plant project was designed with the main objective of taking advantage of the benefits arising from the implementation of solar energy generation in 2022, with the guarantee of Legal Framework of Distributed Microgeneration and Minigeneration in Brazil.

This new Legal Framework for Distributed Microgeneration and Minigeneration in Brazil was announced in 2021, but only came into force in January of this year. The Legal Framework has brought much more legal certainty to the solar energy sector, as it guarantees until the year 2045 all the current rules - which dictate that 100% of the energy injected into the grid returns without any tax collection fee for the use of the grid. energy distribution.

However, this old rule is only valid for consumers who already have the Distributed Generation (DG) system and will also apply to those who request access to the solar energy generation system until the end of this year.

For consumers who request access to the solar energy generation system, the Legal Framework for Distributed Generation will impose a gradual and progressive charge for the use of the distribution network for at least about 8 years.

This will make new consumers who request the system to enter solar energy generation pay – shortly after the transition period to the new rules – the price equivalent to 15% of the value of generation when they use the excess energy. , which is stored within the network, this value referring to the costs associated with the distribution services of the Concessionaire responsible for the distribution of this energy.

According to surveys carried out by the Brazilian Solar Energy Association, Absolar, the estimate is that the number of new network users, that is, installations of the solar energy system in Brazil, still in 2022, will increase significantly compared to the data collected and analyzed last year (2021) .

According to an analysis by Maurício Angeli M. de Carvalho, engineer and partner at ProEnergy Engenharia, and also a specialist in the energy generation sector, solar energy is still the best option for the population, which has been constantly suffering from the absurd increases in the bill. of energy from their homes and/or businesses, and who want to save on their bills, in addition to a source of energy that is not only clean, but also sustainable and safe.

Recently, in mid-April, another tariff adjustment was announced in the energy bill of customers of one of the energy distribution companies in São Paulo, CPFL Paulista, which encompasses the Piracicaba region. The adjustment was 13.5%, due to 2021 dispatches and also to accumulated inflation.