Privatization of Petrobras' oil refineries will make fuels more expensive in Brazil, according to TCU projections

per Ruth Rodrigues
-
–
in Oil, Oil and Gas, Refinery and Thermoelectric 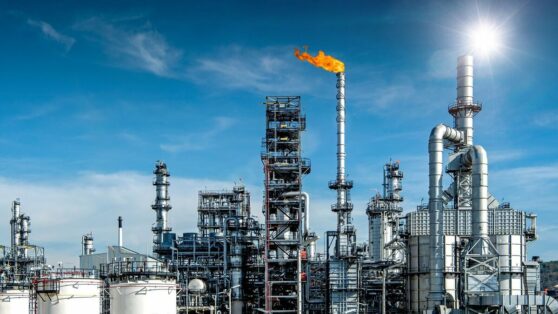 With plans to carry out the privatization of 8 oil refineries, Petrobras is advancing in search of new investments for the sector, but it may cause fuel prices in Brazil in the short term, according to TCU projections.

Although Petrobras' project regarding the privatization of 8 oil refineries, announced in 2019, is beneficial for the state-owned company, fuels in Brazil may suffer from a short-term price increase. These projections were made in the report of the Federal Audit Court (TCU), released this past Tuesday, (10/05), which also points out the main problems surrounding this process of selling structures to private companies.

After the completion of the privatization process of 8 oil refineries that Petrobras is planning, the oil and gas market in Brazil will need to be adapted. Thus, the main impact, according to the TCU report, is the increase in fuel prices. And, although a collapse in the sector is not possible, the national market may take time to stabilize with the price changes, since the entire production chain depends on these resources.

The state-owned company's project became known as the New Refining Market and the TCU report was entitled “Risks and Opportunities of the Transition to the New Refining Market”. Thus, the TCU states in its report that “efficiency gains are not expected in the short term, “which is why there remains a considerable risk of the formation of uncompetitive markets soon after Petrobras leaves” — that is, price increases for consumers . Mitigating these risks depends on investments in pipelines, terminals and railways”.

Regarding a generalized blackout in the Brazilian market, the TCU reassures businessmen and says that the project to privatize Petrobras' oil refineries will not be able to cause such a problem. However, the report states that an issue that may intensify in Brazil is the risk of occasional shortages, since the national territory does not have a large reserve of fuel for these moments. Thus, the TCU continues to alert Petrobras and companies in the oil and gas sector about the state-owned company's project to sell these structures to private companies.

During 2019, Petrobras announced its privatization plan and committed to the Administrative Council for Economic Defense (Cade) to sell 8 of its oil refineries to private companies. Thus, economists and bodies in the oil and gas sector began to prepare for the possible impacts of this decision on fuels and on the entire production chain in Brazil, but the company's initiative is still in its early stages.

This is because, so far, the company has only completed the sale of one asset: the Landulpho Alves Refinery (Rlam), in Bahia, to the Mubadala fund, for US$ 1.65 billion, in November 2021. Now, Petrobras is focusing its efforts on the privatization of oil refineries in order to finalize the sale of the Isaac Sabbá Refinery (Reman), in Amazonas, and the Shale Industrialization Unit (SIX), in Paraná, later this year.

Finally, the company also signed a contract for the sale of Reman to Grupo Atem, for US$ 189.5 million, in addition to a term of commitment with F&M Resources, for the sale of SIX, for US$ 33 million, but has not yet announced process dates.

Tags: fuelsPetrobrasPetroleumPrivatizationrefineries
previous post Increase in the price of diesel announced by Petrobras will increase the cost of the entire cargo transport logistics chain
next post Company develops box that uses solar energy to expand clean and cheap energy around the world