per Ruth Rodrigues
-
–
in Solar energy, Industry and Civil Construction 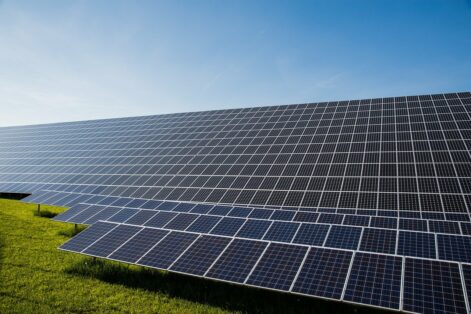 The city in the interior of Rio Grande do Sul, Erechim, will benefit from more infrastructure for the generation of electricity in a sustainable way, through the PPP that will enable the construction works of the solar power plant

Recently, the city hall of the municipality of Erechim, in the interior of Rio Grande do Sul, announced the construction of a solar energy plant to supply public buildings in the place. Thus, a PPP will be carried out with a company not yet disclosed for the feasibility of the construction works, as a way of guaranteeing more sustainability in the city's public supply.

PPP with investments budgeted at R$ 5.8 million will enable the construction works of the new solar power plant in the municipality of Erechim

The city hall of Erechim has a new project that foresees investments in excess of R$ 1 billion in the areas of health, education, infrastructure, social assistance, professional qualification and technology, through partnerships with the private sector, and the construction works of the new plant of solar energy for the supply of public buildings makes part of this initiative and should be one of the great highlights of the city hall for the year 2022.

Thus, the city administration stated that the works will have total investments budgeted at R$ 5.8 million and will be made possible through a PPP, although it has not yet disclosed which company will be responsible for the construction works. In addition, Planning Secretary Paulo Jeremias also spoke out, and stated that the photovoltaic solar plant will have 1 megawatt of power, with 2,688 photovoltaic modules, a great undertaking for the energy segment of the municipality in the interior of Rio Grande do Sul.

The main objective of the project is that, with the completion of the construction works of the solar power plant, there will be savings of up to 80% in expenses with this resource in public buildings in the municipality, such as schools and hospitals. Now, the initial project has been completed and the city government is awaiting the necessary bids for the start of the works, which are scheduled to be delivered during the year 2022, as a way of accelerating the process of supplying public buildings with fully renewable energy. and clean.

The bidding process to find the company will be opened and the economic return should come within three years, according to the engineer responsible for the works.

According to the municipality of Erechim, the earthworks on the land of the municipality, where the solar plant will be installed, should already be started in the next few days in the Morada do Sol neighborhood and, with that, the project will be able to walk as planned by the city administration. In addition, the representatives also highlighted that the bidding process for the company that will be responsible for the works will be carried out internally, still during this month of April, and should be announced in May.

Finally, Diogo Bolzan, the engineer responsible for the works, commented on how this solar power plant will be important for a quick and efficient economic return and also talked about the relevance of the PPP to the project. The engineer concluded by stating that “The return on investments will be made in three years and all the money saved in energy will be invested in other areas of fundamental importance for the city, such as health and education”.

Now, the city of Erechim awaits the next steps to accelerate the construction project of the new solar power plant in the city and foresees a smooth path in relation to the periods until the delivery of the construction at the end of the year 2022.