per Junior Aguiar
-
–
in Economics, Business and Politics, Oil, Oil and Gas 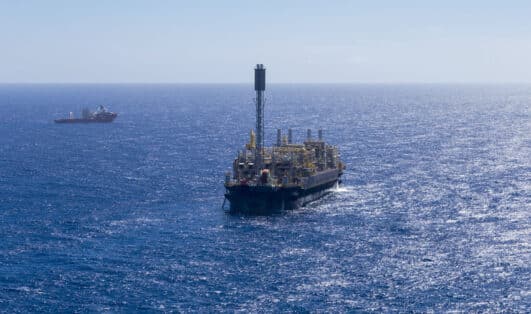 More than R$ 500 billion will be collected by the Union in 10 years through pre-salt Production Sharing contracts, according to PPSA.

Pre-Salt Petróleo (PPSA) is a federal public company, linked to the Ministry of Mines and Energy, responsible for managing contracts under the Production Sharing regime, little known to Brazilians. The state-owned company manages the amounts that the Union receives by right with the exploration of oil in the pre-salt polygon of both Petrobras as well as partner companies.

PPSA was created in 2013 under the PT government of Dilma Rousseff. Since then, around R$ 3.6 billion have been delivered to the Union. And that money keeps growing. In 2021 alone, the money raised was R$ 1.22 billion, representing an increase of 74% compared to 2020. For 2022, the projection is that the value will double.

These projections are from PPSA itself. Also according to the state-owned company, the contracts will have an accumulated production of 8.2 billion barrels of oil over the next 10 years. Of this total, the part that the Union will be entitled to is the equivalent of 1.5 billion barrels. In terms of value, the projected revenue is US$ 116 billion (R$ 545.2 billion) in the period.

Increase in production from oil fields in Brazil

The more than R$ 3.6 billion collected comes from the fields of the so-called Mero Development Area (Bloco de Libra – 6,400 bpd), Búzios (5,800 bpd), Entorno de Sapinhoá (Santos Basin – 4, 5 bpd) and Tartaruga Verde Sudoeste (Macaé – the Union's surplus oil is used to settle debts with the operator in accordance with the Production Individualization Agreement). Together, these oil fields add up to 71 pre-salt wells.

These oil wells will be joined by the Sépia and Atapu fields, with the potential to add around US$ 7 billion to public coffers by 2031. These two fields were acquired in Second Round of Surplus Volumes of the Assignment of Rights. The contract signing is scheduled for this month of April.

Growth prospects for Production Sharing contracts according to PPSA

There are 17 contracts in force in Brazil that involve the Production Sharing regime. With the inclusion of the Sépia and Atapu blocks, there will soon be 19 contracts.

In relation to natural gas with commercial use, the contracts under the Production Sharing regime presented a daily average production of 847 thousand m³/day.

How much will Petrobras and other companies invest in consolidating this billion-dollar collection by 2031?

PPSA points out that Petrobras and the companies should invest something around US$ 99 billion to hire at least 27 new ships with the capacity to process, store and transport oil and natural gas (FPSO – Floating Production Storage and Offloading).

Tags: state-ownednatural gasPetrobrasPetroleumPPSA - Oil Pre-Salt
previous post Klabin should start cargo handling operations with a focus on pulp at the new terminal at the Port of Paranaguá in 2022
next post Enel will invest 4.9 billion euros to expand the renewable energy market and create jobs in Brazil