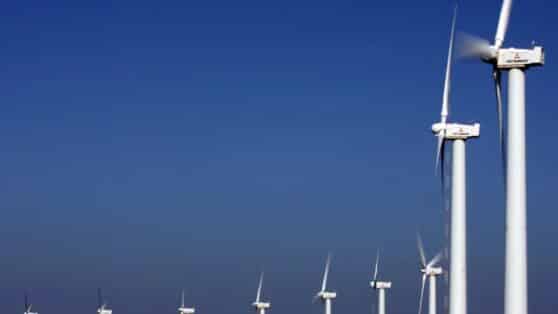 The Portuguese company Galp closed two agreements with the companies Casa dos Ventos and SER Energia dos Ventos for the purchase of 4.8 GW in wind power generation projects in Brazil.

The Portuguese company GALP announced this Tuesday (3) two agreements with the renewable energy companies SER Energia dos Ventos and House of the Winds for the purchase of 4.8 GW in wind energy projects in the country. The asset portfolio, which is still developing, will make it possible for the company to more than double its renewable energy portfolio. The deal between the companies also marks the expansion of the company towards the wind energy market in Brazil. Until then, the Portuguese oil company had only solar energy projects in Brazil.

The agreement with SER Energia covers the purchase of energy development projects photovoltaic solar energy, with a total installed capacity of 4.6 GW peak. The contract with Casa dos Ventos includes a 216 MW cluster of wind farms under construction in the Northeast.

According to the company's COO of renewable energy and new business, Georgios Papadimitriou, the transactions, whose values were not disclosed, represent a new expansion engine for Galp, which is currently the third largest producer of Oil and Gas from the country.

In October of last year, the company entered the national wind power generation market, through an agreement with SER Energia also for the purchase of 594 MW in solar projects under construction in Rio Grande do Norte and Bahia. Now the company is expanding its operations in the segment, incorporating wind energy projects and new solar energy projects.

Galp is also one of the main producers of solar energy in the Iberian Peninsula.

According to a note by Georgios Papadimitriou, Brazil has boosted the company's expansion in the last 12 years, through projects in pre-salt, however the new contracts in the renewable energy sector allow the company to add a new expansion engine.

The oil company is already one of the largest generators of solar energy in the Iberian Peninsula, with an installed capacity of 1.2 GW in operation. With the new project portfolio acquired in Brazilian territory, the company's renewable energy portfolio now totals 9.6 GW in various stages of development in Brazil, Portugal and Spain. The company aims to expand its renewable energy production capacity to 4GW by 2025 and 12GW by the next decade.

Galp is an energy company that explores, produces and develops oil and natural gas on four continents. In all, the company is made up of 11 geographies, 50 nationalities and 7,000 experiences.

The company opens up to the world, gains new perspectives and anticipates a more sustainable future, which is why the company defends diversity and promotes opportunities in various business areas. In a fast-paced world in search of new energy sources, Brazil is a key player in responding to the world's energy needs.

Gap is present in the country through its subsidiary Petrogal Brasil, a pioneer in advancing the pre-salt through Campo Tupi. Currently, the company participates in more than 25 projects in the country, being one of the Oil & Gas companies that most invests in the energy transition to renewable sources. THE Petrogal Brazil it also has Sinopec as its shareholder, one of the largest energy groups in the world.