The port of Macaé is closer than ever to getting off the ground: Tepor receives a license to install the Natural Gas Processing Unit, authorities and the population of the “petroleum city” celebrate 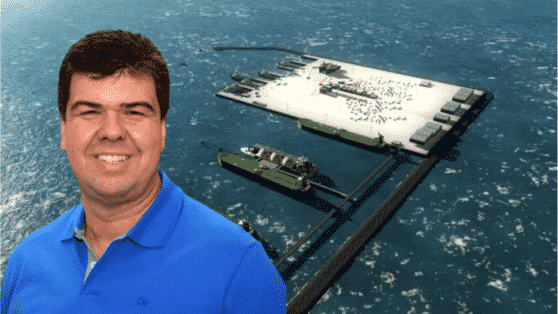 Macaé received this Monday (26) the license to install a natural gas unit at the Macaé Port Terminal (Tepor) from the State Government. The expectation is that 25 thousand jobs will be generated with the arrival of the UPGN.

The Government of Rio de Janeiro, through the State Institute of the Environment (Inea), this Tuesday (26), delivered to the Municipality of Macaé, the license to install a Natural Gas Processing Unit (UPGN) at the Macaé Port Terminal (Tepor). This step fulfills another mandatory phase of the project installation process. According to the governor of Rio de Janeiro, Cláudio Castro, Tepor is an essential part for the state to develop, given that it will involve port activities, to meet the growing demand for supplies from the oil and gas chain in the North region. Fluminense.

Also according to Castro, the installation of the terminal in Macaé estimates private investments of almost R$ 8 billion, in addition to the generation of 5 thousand direct jobs and another 20 thousand indirect ones, in addition to the potential expansion of tax collection. When completed and in operation, the UPGN of Tepor will have a processing capacity of 60 million m³ per day of natural gas.

Video of the Mayor of Macaé, Welbert Resende, about the release of the license for TEPOR (26/04/2022)

According to Cássio Coelho, Secretary of Economic Development, Energy and International Relations, the installation of the UPGN at the Macaé Port Terminal is strategic and will be an essential vector for attracting natural gas.

According to Philipe Campello, president of Inea, the enterprise meets the sustainability requirements inherent to projects of this size, associating the conservation of biodiversity with the economic development of Rio de Janeiro. The natural gas processing unit at Tepor in Macaé is another step towards energy security and a great chance to show that it is possible to protect the environment and boost production activity when using environmental public policies in a technical and responsible manner.

Welberth Rezende, mayor of Macaé, received in his office, the president of the Federation of Industries of the State of Rio (Firjan), on April 19, Gualter Scheles Junior, so that essential issues for the advancement of the municipality could be addressed.

Among the topics discussed at the meeting were the revitalization of the current road, construction of Estrada de Santa Tereza, the holding of the next edition of the Brazil Offshore Fair, which is expected to take place in 2023.

In November last year, the mayor received the news of R$ 150 million in investments from the Government do Estado during a visit by the State Secretary of Infrastructure and Works, Max Lemos (PROS), which will focus on infrastructure works in the municipality. Among the projects that will come from this state contribution are the drainage and paving works of Estrada de Santa Tereza, and several other actions in different parts of the municipality, all of which are scheduled to start in the 1st quarter of this year.

Tepor emerged as a key piece for the economic development of the municipality. It will be a terminal highly specialized in meeting the demand of the industry to support oil and gas activities efficiently, in addition to offering solutions for cargo transport from other areas.

Tags: natural gasjob creationinvestmentsMacaéport of MacaéTEPORUPGN
previous post 99, Raízen, Caoa Chery and other companies plan to install 10,000 charging points for electric cars in Brazil
next post Vivara is open for applications for its 2022 internship program in Manaus and São Paulo