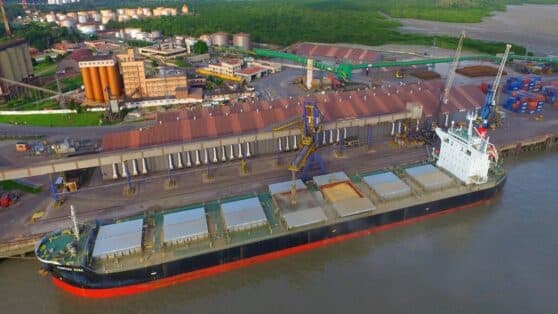 After the arrival of the Kydonia ship at the Port of Itaqui with the largest volume of soy cargoes ever transported by the Maranhão Grain Terminal (Tegram) since 2015, the site's administration commented this last Thursday, (05/05), about The operation. This was the largest cargo transport activity since the year in question and contributed significantly to confirming the presence of the port complex in the product movement scenario in Brazil.

Kydonia ship arrives at the Port of Itaqui and carries out a gigantic operation of transporting loads of soy on site, with thousands of tons of the grain

The Port of Itaqui is advancing to become a national reference in cargo transport throughout the year 2022 and, during this week, it took another step in search of that. This happens because the complex received the embarkation of the ship Kydonia, a giant vessel that carried out the loading of soybeans in a large operation for the structure of the port complex.

Moored at berth 103, the ship from Greece arrived to load 80,270 tons of soybeans that will be destined for Spain over the next few days. This is the largest soy cargo transport operation ever carried out by Tegram since it took over the administration of the port in 2015. In this way, the activity with Kydonia marked a great advance for the infrastructure of the Port of Itaqui to be able to receive the proper highlight and new perspectives for future investments.

This soy cargo transport operation belongs to CLI – Corredor Logística e Infraestrutura SA, responsible for lot 3 of the Tegram Consortium, and symbolizes a great deal of activity for the complex. Furthermore, prior to the arrival of the Kydonia vessel at the Port of Itaqui, the largest volume of grain on a single vessel operated by Tegram had been 76,000 tons. The last few years were essential for this operation to be carried out, since the port administration made strong investments in the infrastructure for the loading and unloading of large ships.

Among the factors that allowed this operation to take place within the Port of Itaqui, the main one is the better operational efficiency caused by investments in technology at the location. In addition, the professional training of the complex's employees over the last few years was also essential to make this possible. Finally, CLI also established itself as the only white flag terminal in the port, that is, whose owner is not a trading company or a transport company.

And, with the completion of this soy cargo transport operation, the president of the Port of Itaqui, Ted Lago, celebrated the ship’s arrival and highlighted the complex’s current infrastructure: “The berthing of this ship demonstrates Itaqui’s infrastructure to operate with vessels like this and even bigger. All the result of investments that make the port increasingly efficient and attractive to market demands”.

Tegram is one of the largest cargo transport companies in Brazil and is responsible for a large part of the soy, soy bran and corn produced in Maranhão, Piauí, Tocantins and northeast of Mato Grosso. Thus, this operation once again demonstrated the greatness of the company and the doors that are open for future expansion.

Tags: shipPort of ItaquiSoyTegramCharge transport
previous post Caoa Chery halts vehicle production in the interior of São Paulo and lays off all employees involved with on-site manufacturing activities
next post Resume and work card in hand to work on the São Paulo subway works today (05/06); there are job openings for candidates for incomplete elementary, high school, technical and higher education