Piauí will receive a natural gas plant and provides for the creation of 12,000 new jobs in the state after a decree signed by the Federal Government 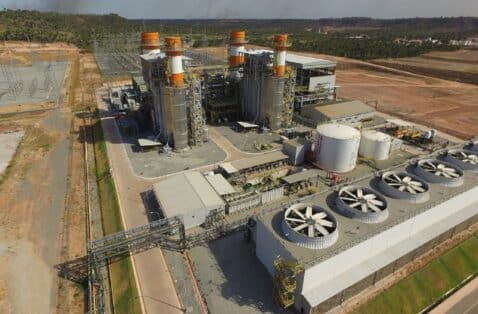 After the Federal Government signs the regulatory decree, Piauí will receive billionaire investments for the installation of a new natural gas plant, generating more than 10 thousand jobs.

It was announced this Friday (15) by Ciro Nogueira (Progressistas), Chief Minister of the Civil House, that Piauí will be one of the beneficiaries of a Federal Government decree authorizing the holding of an auction for the acquisition of energy from power plants. on natural gas. According to Ciro, Piauí will have a power plant with 1 GW of installed capacity. The minister also stated that the initiative will have an investment of R$ 4 billion with the forecast that 12 thousand new jobs will be generated in the state.

One decree was signed by the Federal Government and published in the Official Gazette last Wednesday (13). The document is responsible for regulating the conditions for contracting electricity generated by thermoelectric plants that use natural gas.

Ciro evaluated that the organization of an auction will represent a milestone for Brazil and also for the region North East, where Piauí is located. In the region, the contracting of reserve capacity, in the form of reserve energy, with a focus on contracting thermoelectric plants that use natural gas, will bring several benefits, especially for capital cities, generating several job vacancies.

The document signed by the Federal Government establishes that two capitals or metropolitan regions of Piauí that did not have natural gas supply points in July of last year will be served.

Auction will help Piauí in the energy transition

60% of the total amount, of R$ 4 billion, must also be allocated to metropolitan regions or capitals located in states that do not have a supply point of natural gas, generating several job vacancies.

As for Piauí, the minister points out that the auction will also contribute to accelerating the energy transition and promote greater expansion of plants in the state. For the licensed senator, Piauí has advanced in the use of renewable energies such as wind and solar, and has great potential for the electric sector.

The use of natural gas will boost the energy transition and encourage greater insertion of plants present in the state with the true matrix, whether wind, solar, among others. Piauí has received several enterprises that exploit solar and wind energy, generating thousands of job vacancies. But Piauí's growth potential in the energy sector is much greater.

Brazil reached a record natural gas volume in 2021, with an increase of 5% over the previous year's production, according to data from the National Agency of Petroleum, Natural Gas and Biofuels (ANP).

The data are part of ANP's Monthly Natural Gas and Oil Production Bulletin for December of the last year. If considering only December 2021, oil production had a drop of 0.5% compared to November of the same year, while natural gas dropped 3.2%. When comparing December 2021 with the same month of the previous year, both grew 4.1%.

VIA WEB STORY – Piauí will receive a natural gas plant and provides for the creation of 12,000 new jobs in the state after a decree signed by the Federal Government