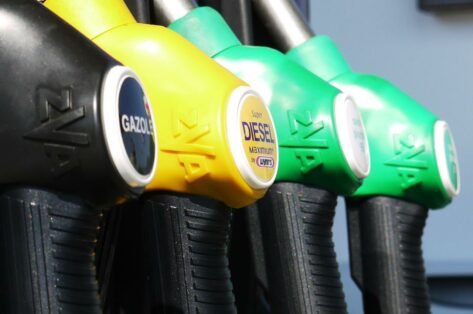 Petrobras announced, on 05/11, the signing of a contract with Replan that provides for the construction of a new diesel treatment plant

According to the website broadcast.com.br, Petrobras says that the construction operation of Replan's new diesel treatment plant is in line with the investments planned in the Strategic Plan 2022-2026. As a result, Replan will be able to expand its production of S-10 Diesel by 63,000 bpd and of aviation kerosene by 12,500 bpd, in order to meet the specifications and quantities demanded by the sector. All diesel produced at the Replan oil refinery will have a low sulfur content.

Petrobras, as stated by representatives of the company, continues to focus heavily on improving energy efficiency and reducing greenhouse gases, adapting partner refineries and preparing to remain competitive. In the future five years, Petrobras foresees investments of around US$ 6.1 billion in refining, which has the objective of expanding refining capacity and positioning the refineries of Petroleum among the best in the world in efficiency and operations performance.

Get to know Replan

Replan, opened in May 1972, is the largest refinery in Brazil in terms of processing oil derivatives, with a load of 434,000 bpd. In addition to diesel oil, the refinery produces gasoline, aviation kerosene, asphalt, LPG and propylene, and other petroleum derivatives.

New jobs will be generated with the new diesel treatment unit

Petrobras said that with the construction of Replan's new diesel treatment unit, a large amount of employment will be generated, initially, to build the unit. In the near future, when the new diesel treatment unit is up and running, Petrobras will need operational labor, where people will be needed to work with the maintenance and upkeep of Petrobras' new unit at Replan. Currently, Replan employs a total of 3,300 people, including public servants and outsourced workers.

New Petrobras unit will focus on a diesel treatment unit

Replan's new diesel treatment unit, designed by Petrobras, will focus on diesel hydrotreatment (HDT), an activity that generates hydrogen from an oven with approximately 1,300 degrees and 130 tons of steam daily, for the removal of contaminants. of diesel, such as sulfur, and reduction of impacts on the environment.

S-10 diesel is a lower sulfur fuel compared to S-500 diesel. With the unit designed by Petrobras, around 10 million liters of diesel will be produced per day, according to Replan.
The new treatment unit will add to the structure in operation and will expand Replan's diesel production capacity to 34,000 m³/day. This evolution in fuel production will also allow for an increase in aviation kerosene (QAV) production.

The investments made, according to Petrobras representatives, are mostly made aiming at greater efficiency in operations, in view of energy and operational points and, also, greater confidence in the operations carried out by Petrobras' treatment units.

An example of investments in artificial intelligence made by Petrobras is the use of monitoring sensors that improve the performance of gas burning torches, one of the stages of the treatment and production units, and also the use of drones to perform tasks with a greater focus on worker safety, such as tower maintenance.
As Rogério Daisson, General Manager of Replan comments: “One of the focuses of RefTOP is to become comparable to the best in the world in terms of energy performance”. Considering the other refineries in the Brazil, the total investment in this program by Petrobras will be US$ 300 million.