Petrobras seeks to position itself among the best refiners in the world and invests more than R$ 2.5 billion in Replan, the largest refinery in Brazil, which turns 50 today (12/05)!

per Flavia Marinho
-
–
in Refinery and Thermoelectric 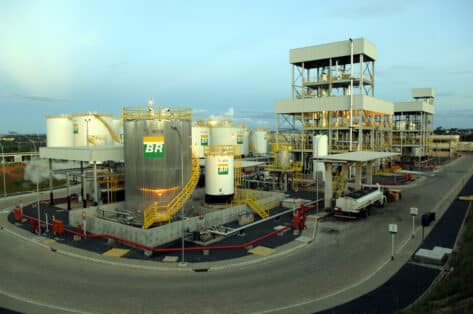 Investments in Replan include the construction of a new diesel hydrotreatment unit and the RefTOP program, which seeks to position Petrobras among the best refiners in the world!

The Brazilian oil company Petrobras, has just informed, which will invest more than US$ 500 million (approximately R$ 2.5 billion reais) in the Paulínia Refinery (Replan) by 2025, with the aim of meeting the demand for products with lower emissions and increasing the unit's energy efficiency and operational performance. The company's largest refinery in terms of oil processing capacity, Replan celebrates its 50th anniversary this Thursday, May 12.

“Replan's history illustrates the technological evolution, the business integration and the achievements of Petrobras in the last five decades. In 1972, the refinery processed only imported oil, with analog instrumentation, local control houses, manual data collection in forms and countless activities and maneuvers carried out physically by operators in the field. Today, we have Replan refining mainly oil produced in the pre-salt, in a completely different technological scenario, automated, with intensive use of simulators and remote interventions in the operation”, says the president of Petrobras, José Mauro Ferreira Coelho.

Petrobras signs a billion-dollar contract with Toyo Setal for a new diesel hydrotreatment unit, which promises to generate 6,000 jobs during construction work!

According to Petrobras' Strategic Plan 2022-2026, a new diesel hydrotreatment unit (HDT) will be built at Replan, which will have a production capacity of 10 million liters of S-10 Diesel per day. The contract for the construction of the new unit was signed last Monday (9/5) with the Toyo Setal HDT Paulínia Consortium, formed by the companies TSE and TOYO.

The start-up is scheduled to take place in 2025 and investments reach US$ 458 million (about R$ 2.2 billion). “With this project, all the diesel oil produced at Replan will be of low sulfur content (S-10) and will allow an increase in the production of jet fuel (QAV)”, highlights Rogério Daisson, general manager of Replan, who estimates around of 3 thousand new jobs and another 3 thousand indirect ones in the region, during the period of the work.

In addition to the new HDT, investments are planned for Replan related to the RefTOP program, which seeks to position Petrobras among the best refiners in the world. Of the US$ 300 million (approximately R$ 1.5 billion) allocated by the company to RefTOP, US$ 90 million (approximately R$ 450 million) will be allocated to Paulínia Refinery projects aimed at greater value generation, improved energy efficiency and increased operational availability, including intensive use of digital technologies.

Replan has the capacity to process 69 million liters (434 thousand barrels) of oil per day, equivalent to about 20% of everything Petrobras processes in its refineries!

Inaugurated in May 1972, Replan has the capacity to process 69 million liters (434 thousand barrels) of oil per day, equivalent to about 20% of everything Petrobras processes in its refineries. Of the total oil processed at the Paulínia Refinery, more than 70% comes from the pre-salt fields.

Currently, Replan has around 960 employees and 65 companies providing routine services, totaling approximately 3,300 employees, serving 30% in Brazil and 55% in the state of São Paulo. Among the main products are diesel, gasoline, aviation kerosene, asphalts, LPG and propylene, among other petroleum products. To understand the relevance of the refinery for the country, in 2021 it was responsible for 0.81% of Brazilian GDP, 3.2% of GDP of the state of São Paulo.