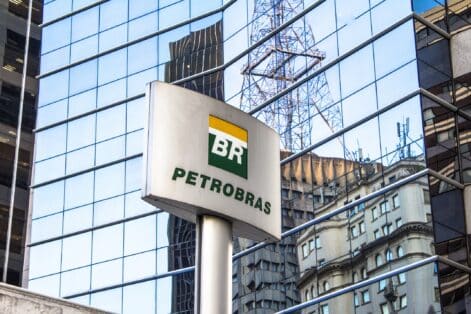 Petrobras paid around R$ 70 billion in taxes, dividends, royalties and government shares in the first quarter of the year 2022

Petrobras, a Brazilian multinational, said it paid approximately R$ 70 billion in brand expenses such as dividends and government contributions. Petrobras also stated that it had a payment of dividends, profits of a company that are divided to shareholders, of approximately R$ 48.5 billion referring to the first quarter of the year 2022, whose financial result will be released on Thursday night, 05.

José Mauro Coelho, president of Petrobras, reports that over the years Petrobras has not paid dividends to the Union and to any shareholder, since it made investments that did not generate results for Petrobras. This led the company to a high level of indebtedness, becoming the highest indebtedness among companies in the world. As José says, Petrobras is now experiencing a new reality, with a focus on efficiency.

Petrobras' Board of Directors has approved the dividend sharing amounting to R$ 3.715490 billion per outstanding preferred and common share. Altogether, the sum of all dividends reached around R$ 48.5 billion, according to data released by Petrobras.

According to the Broadcast, the amount does not include the portion of dividends announced in February, which will be paid in two installments of R$ 1.857745 billion per outstanding preferred and common share, one being paid on June 20 of this year, and the other on 20 of July also this year.
Holders of ADRs, American Depositary Receipts, channel where shares in Brazil can be traded on the USA, will receive payments as of June 27, 2022 and July 27, 2022, respectively, Petrobras said.
As stated by José Mauro, the treasure generated by Petrobras is converted into investments made that give rise to greater economic progress and the generation of jobs and income for Brazilians.

He also reports that the dividend presented is fully compatible with Petrobras' financial growth and is in line with the commitment to creating value, as well as the best practices of the global oil and gas industry. oil and natural gas.

In addition to dividends, public coffers will also receive from Petrobras

The government will be the biggest beneficiary of the result obtained from the profit of Petrobras. This is because, of the R$ 48.5 billion that will be distributed by the company as dividends for the first quarter of the year, the Union will receive approximately R$ 14 billion, since the federal government is the main shareholder of Petrobras, holding 28.7% of the company . BNDES (National Bank for Economic and Social Development), also state-owned, has 7.9% of shares and will receive dividends of R$ 3.8 billion.
The balance to be paid to the government will be used to pay interest on the public debt.

High fuel prices were responsible for the state-owned profit

According to the Carta Capital website, due to the high price of oil derivatives and the high demand for fuels, Petrobras had a profit record in 2022. Such profit can be explained, taking into account the increase of about 64.4% in total sales revenue compared to the same period in 2021, accounting for R$ 141.6 billion. This positive result was mainly due to the significant increase in revenue from sales in the domestic and foreign markets.
Revenues benefited from two sides, the first due to the increase of around 55.5% in the prices of oil derivatives that followed international quotations, and the second due to a growing demand for some derivatives, such as QAV ( jet fuel), gasoline and oil which increased by 2,100% over the same period in 2021.

The sale of oil in 2021 was only 9 thousand barrels per day in the first quarter of the year and served to meet the consumption of small private refineries. In 2022, production increased to 198,000 barrels per day in the first three months of this year due to demand from the Mataripe refinery.
The production result could have been significantly better had it not been for the negative effects of the sale of the Landulpho Alves Refinery, Petrobras' second-best refinery in terms of processing capacity. After its sale, Petrobras recorded an annual drop in oil products production of around 5.3% in the first three months of 2021, which resulted in a growth of around 7.5% in oil products imports in the same period this year. year 2022.