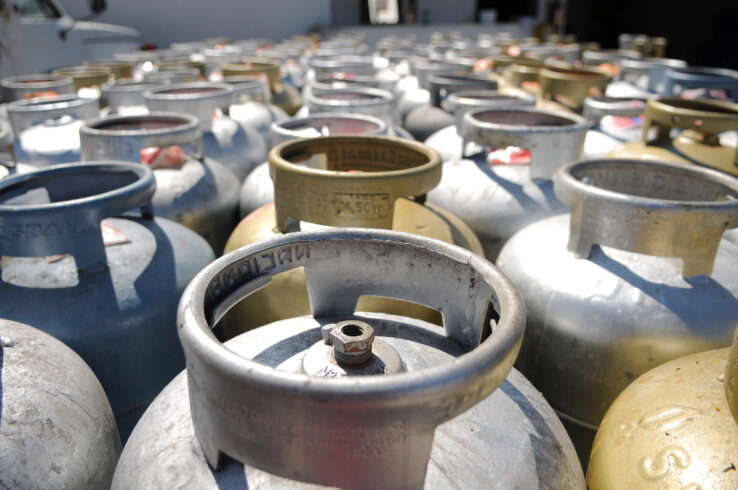 In the year's total, in accumulated increases, cooking gas reaches 15,58% passed on directly to the final consumer

[supsystic-social-sharing id='1′]Petrobras will raise the prices of residential LPG bottled in bottles of up to 13 kg, cooking gas, by 4.5%, on average, from 00:00 on Sunday (5) , informed the state-owned company this Friday in a statement. According to Petrobras, if the adjustment is fully passed on to the consumer by the distributors, the increase will be, on average, 2% or about R$ 1.21 per cylinder, “if the distribution and resale margins and tax rates”.
“The readjustment was mainly caused by the high price of the product in international markets, influenced by the external situation and the proximity of winter in the Northern Hemisphere. The exchange rate variation also contributed”, explained the company, in a note.

The last adjustment took place on October 11, when prices were adjusted on average by 12.9%.
In a note, Sindigás, which represents the associated distributors, estimated that the rise in the price of the cylinder “will fluctuate between 4.2% and 4.7%, according to the supply hub”.
High of more than 15% year-to-date. The average price of cooking gas in the country accumulates a high of 15.58%, according to data from the National Agency of Petroleum, Gas and Biofuels (ANP). The average value of the cylinder for the consumer jumped from R$ 55.74 in January to R$ 64.42 in the week ended on October 28th.
Due to the new pricing policy adopted by Petrobras since June, the price of Liquefied Petroleum Gas (LPG) started to be reviewed every month.

“As Brazilian law guarantees price freedom in the fuel and derivatives market, revisions made at refineries may or may not be reflected in the final price to the consumer. This will depend on transfers made especially by distributors and resellers”, says Petrobras.
In the composition of consumer prices, Petrobras accounts for about 34% of the final value, while another 19% are taxes, calculates the state company. The other circa 50% correspond to distribution and resale costs. G1 font