per Flavia Marinho
-
–
in Refinery and Thermoelectric, uncategorized 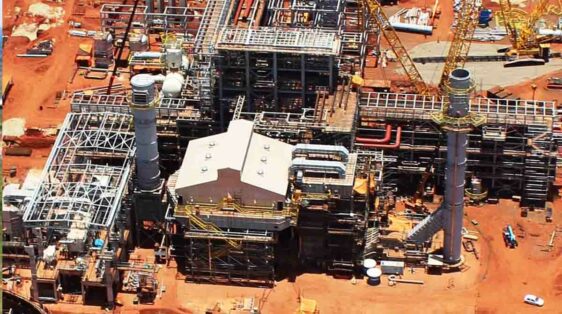 The UFN3 operation, which had a capacity designed by Petrobras at 3,600 tons/day of urea and 2,200 tons/day of ammonia, can help Brazil reduce dependence on imported products, while the country deals with difficulties arising from the war between Ukraine and Russia.

Petrobras disclosed in a material fact to the Market on April 28, that the process of selling the Nitrogen Fertilizers Unit III (UFN-III), in the municipality of Três Lagoas, with the Russian group Acron, “given that the business plan proposed by the potential buyer, replacing the original project, made certain governmental approvals that were necessary for the continuity of the transaction impossible”.

According to a statement made by the oil company, “the company is carrying out the internal procedures to close the current sale process and preparing to launch a new teaser as soon as possible. The forecast is to launch the new process in early June. Petrobras reinforces its commitment to the broad transparency of its divestment projects and the management of its portfolio and informs that the subsequent stages of the project will be disclosed in accordance with the company's Divestment System”.

After Petrobras released the note, secretary Jaime Verruck, from Semagro (Secretariat of Environment, Economic Development, Production and Family Agriculture of MS) clarified that In the last three months, the MS Government intensified negotiations with representatives of the Acron group in Brazil so that the process of selling UFN3, in Três Lagoas, could be continued. “The Semagro and Sefaz teams met systematically with Acron's management and there was a presentation of the company's business plan. It so happens that this business plan only provided for the installation of a fertilizer mixer”, he informed.

UFN3 had its construction work halted in December 2014, with around 80% of the works completed, after Petrobras broke the contract with the consortium responsible for building the factory which, at the time, had already consumed more and R$ 3 billion.

Petrobras' fertilizer plant is already in the sights of new companies. In order to expand its operations in the sector, Unigel, one of the largest petrochemical companies in the production of nitrogen fertilizers in Latin America, is interested in purchasing the project designed to produce urea and ammonia, aiming to expand its operations in the sector. The information was confirmed by the CEO to Reuters.

The unit's operation, which had a capacity designed by Petrobras at 3,600 tons/day of urea and 2,200 tons/day of ammonia, could help Brazil reduce its dependence on the imported product, as the country deals with difficulties arising from the war between Ukraine and Russia.

“The company already invests in fertilizers in Brazil, and is interested in completing the UFN-III and occupy 50% of the fertilizer market,” said one of the Reuters sources.

Tags: MS - Mato Grosso do SulPetrobrasUFN3Unigel
previous post Vale receives its second electric locomotive for operations at the Ponta da Madeira Terminal mine with more sustainability in mining
next post Petrobras in the opposite direction of a more sustainable planet?