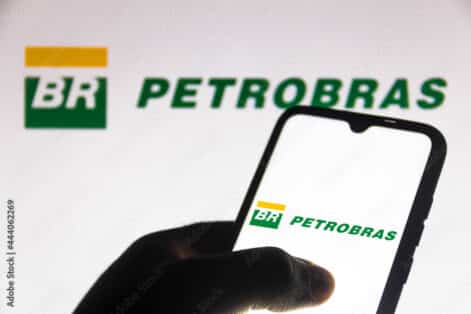 Announced in 2021, the sale of Petrobras' stake in Deten will be completed with a million-dollar payment from Cepsa, once the deal is closed.

On Wednesday, April 27th, Petrobras' board of directors authorized the transfer of its entire stake in Deten Química, equivalent to 27.88% of the company, to Cepsa.

Petrobras' share in Deten Química, a company located in the Camaçari industrial complex, which was already announced since last year, will be sold to Cepsa for an amount of R$ 585 million, to be settled at the close of the transaction. The sale carried out by Petrobras will have a deposit of 5% of the price - which corresponds to R$ 29.25 million -, to be deducted from the total as soon as there is the payment.

According to the virtual news vehicle Broadcast, Petrobras – who did business with TotalEnergies – announced that the negotiation with Cepsa about the percentage in Deten Química is subject to the execution of pre-established conditions, such as the approval of the Administrative Council for the Defense of Competition (Cade).

As disclosed by Petrobras, the transaction value of the portion in Deten Química does not take into account the adjustments that may be made until the deal is closed. The state-owned company, which negotiates with Cepsa, declares: “This operation is aligned with the optimization of the portfolio and the improvement of the company's capital allocation, aiming at generating value for its shareholders”.

Do you know Deten Química? Check out a little about the company below.

According to Deten's own website, located in the Camaçari Industrial Complex, in 1981 it started manufacturing LAB (Linear Alkylbenzene), leading Brazil to the era of biodegradable detergents. Since then, it has been responsible for supplying approximately 95% of consumption in the Brazilian detergent industry. Its annual production capacity is 220,000 tons of LAB, in addition to 80,000 tons of LAS – Linear Alkylbenzene Sulfonic Acid, however, it has already started expansion projects to 260,000 tons per year and 120,000 tons per year, respectively. In addition, Petrobras' partner company produces 10,000 tons of ALP – Heavy Alquilado. Deten is a company whose capital is controlled by Cepsa Química, with a stake of 72% to date.

Cepsa is a global, integrated and diversified energy company that operates across the entire oil, chemical and gas value chain. With over 90 years of experience, Cepsa is a leader in Spain, the country where it was founded in 1929, and has already expanded its business to five continents.

Petrobras receives payment of R$ 4.7 billion from TotalEnergies for the company's participation in the Atapu field in oil production with a focus on the pre-salt

Last Tuesday (26/04), Brazilian state-owned Petrobras announced the receipt of a compensation payment from TotalEnergies in the amount of R$ 4.7 billion. Due to the company's participation in the production of oil through the pre-salt in the Atapu field, one of the most important of the company currently for the exploration of the raw material in the national territory. compensation of 4.7 billion reais (940.24 million dollars) from TotalEnergies EP Brasil Ltda for the Atapu oil field, which has oil production focused on pre-salt exploration, one of the biggest bets of the company and the segment world oil industry for the expansion of the sector over the next few years in Brazil and throughout the world's production chain. To know more, click here and read this other article from the CPG in full.

Tags: Business and EconomyPetrobrassales
previous post EDP develops a solar plant project in São Paulo and also demonstrates efforts to build the next plants
next post Incotep expands investments and registers growth in 2021