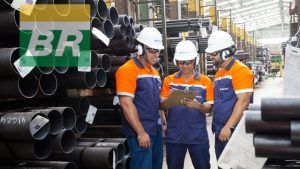 Being one of the greats in the field of tubular solutions, Vallourec is now laughing at a contract it won with Petrobras to supply products in its category with a focus on the Brazilian pre-salt. She had already set up a factory in the state of Minas Gerais and was supplying to other companies, but she ended up seeing the potential that the Brazilian oil market had, participated in some competition and now the fruits of her work are there. It has exported much of everything produced on Brazilian soil abroad, but according to Vallourec executive Hildeu Dellaretti, the focus will be on the country itself from now on.

In fact, this contract signed with Petrobras is an extension of an existing one previously, it decided to face the technological challenges of producing products to work under the layer of salt and work in extreme conditions of temperature and pressure, it accepted the challenge, Petrobras got the message and ended up giving the vote of confidence to Vallourec, now it is one of the giants in Brazilian territory in its modality.

Nowadays, it supplies tubular products from its premium line to almost all offshore operators in Brazil, but it also has a strong presence in the civil construction, naval, structural, light machinery, automotive, agricultural machinery and now solutions in the pre-salt. . Dellaretti says that from now on Brazil is a big business hub, mainly in the supply of tubes for thermoelectric and petrochemical plants and other onshore interconnection needs.

The fact is that Vallourec like other multinational companies, they are seeing Brazil as a very promising and profitable market, facilitated by the new local content rules, many are complaining that we have the “delivery syndrome”, but is it really so bad that we let other companies do what we are not capable of in order to regain our economic stability?

Tags:
previous post Offshore Recruitment is receiving CVs for future projects
next post Marítimos is now up to you: Wilhelmsen Holding taking everything in Brazil